According to the U.S. National Bureau of Economic Research, in the year 2008 world's economy was experiencing the biggest recession. The Great Recession, as they say; officially bursted of an 8 trillion dollar housing bubble. Stock market crash, bankruptcy filing by big financial institutions.... This was the most dramatic employment contraction (by far) of any recession since the Great Depression.

In the middle of this, an anonymous cryptographer with pseudo name "Satoshi Nakamoto" was working on the model of an alternate economy - A Trustless System. With a white paper on "Bitcoin: A Peer-to-Peer Electronic Cash System", he proposed a system for electronic transactions without relying on trust. Based on blockchain technology, it was started with the usual framework of coins made from digital signatures (aka cryptocurrency), which provides strong control of ownership. With little coordination, a simple yet robust network is created. Being unidentified, they vote with their CPU power, expressing their acceptance of valid blocks by working on extending them and rejecting invalid blocks by refusing to work on them. Any needed rules and incentives can be enforced with this consensus mechanism.

Bitcoin was born 10 years ago on October 31, as an electronic payment system based on cryptographic proof instead of trust, allowing any two willing parties to transact directly with each other without the need for a trusted third party. By convention, the first transaction in a block is a special transaction that starts a new coin owned by the creator of the block. This adds an incentive for nodes to support the network, and provides a way to initially distribute coins into circulation, since there is no central authority to issue them.

As per my understanding, the initial idea was to create an economy which is not centrally governed. Bitcoin as a (crypto)currency may have been a key component of it which at that time worth even less than a penny. With the increase of nodes in the Bitcoin network and more people getting involved, pumped up the price. Considering anonymity, faster transaction and less fee as basic features of a cryptocurrency, it soon became favorite of developers and people who were not so "pro-government". Increase in adoption increases number of transactions which ultimately increase in its valuation (equivalent in USD). 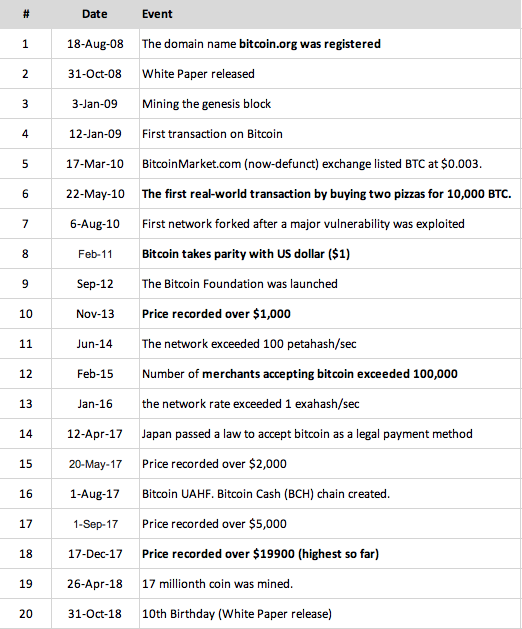 Being the pioneer, Bitcoin (BTC) is enjoying the pleasure of market leader (by market capital) till today. However, growth of Ethereum, #2 of the cryptocurrency dashboard raised the bars of blockchain technology by bringing Smart Contract on the blockchain. Now, it was no more mere exchange of money but we can also grow the economy by adding product and services to it. In other words, bringing it to main strean users. 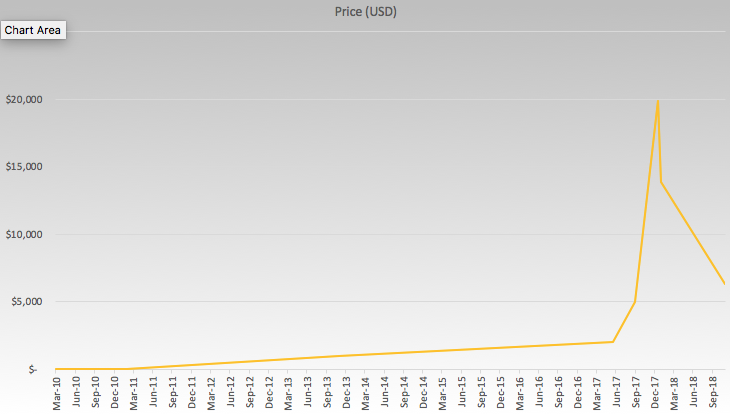 Price of BTC raised eyebrows of traditional financial institutions in 2013, when within a couple of months, its price reached over $1000. From October $150–$200 in November, rising to $1,242 on 29 November 2013. With a little up and down, BTC was around the same till 2017; which can also be named as 'ICO boom' period for cryptocurrency. 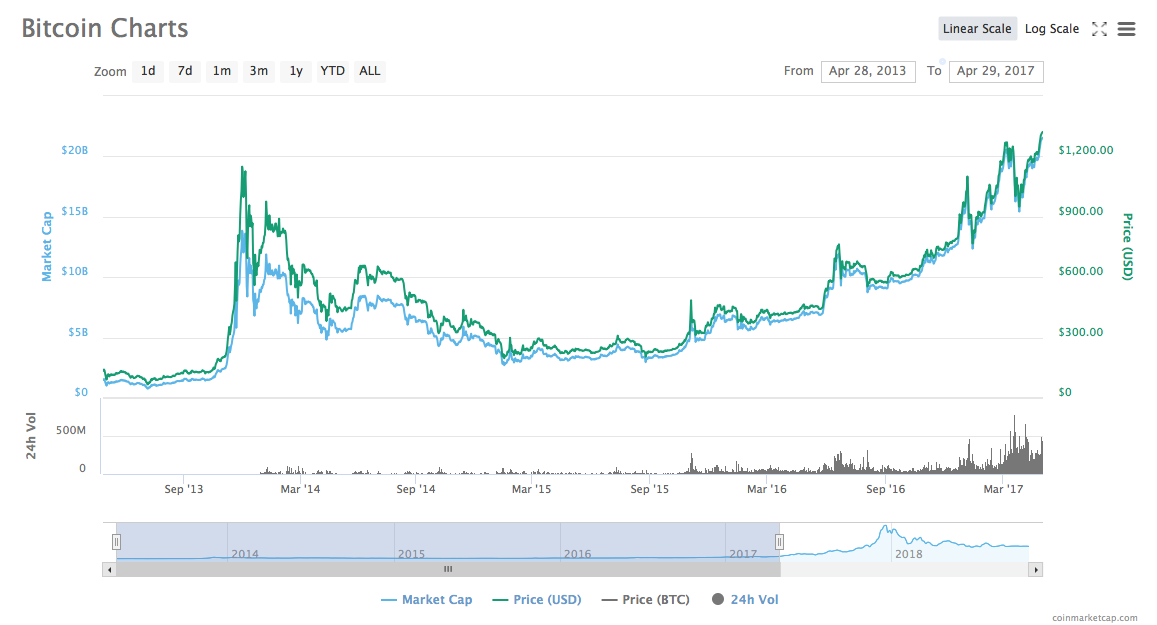 Bitcoin's ETF proposal rejection and acceptance for review by SEC in March 2017, also played an important role in swinging of its price last year. The Securities and Exchange Commission (SEC) has rejected an application to create an Exchange-Traded Fund (ETF) tied to the price of Bitcoin proposed by Cameron and Tyler Winklevoss. Within a few minutes of SEC’s announcement, the price of a Bitcoin dropped nearly $300. However, the price soon edged up steadily over the weekend, rising close to $1300. June to December 2017 may also be considered as 'The Golden Era' of cryptocurrency market. Almost every cryptocurrency price was going up, ofcourse BTC was on the top.

November 28, 2017 - Bitcoin broke all records and price registered over 10,000 USD per unit. Compared with stock price of some of the highly reputed mainstream financial institutions like JP Morgan Chase, Goldman Sachs, Wells Fargo, Bank of America etc.; BTC's worth and market cap (of $163 Billion) was way more than any of them, at that time.

JPMorgan Chase Chairman and CEO Jamie Dimon seemed to have change in opinion about Bitcoin. As per report, he said Bitcoin is a "fraud" that "won't end well." "If you're stupid enough to buy Bitcoin, you'll pay the price for it one day." He soon recanted, "I regret making" that comment, he said.

Bitcoin witnessed lot of up moment and a few crashes since its inception. Today, despite all odds, today it is an industry of $110 Billion. This is remarkable for any new technology to achieve so much. With Bitcoin turning 10 today, we can also celebrate the 10th birthday of CryptoEconomics.