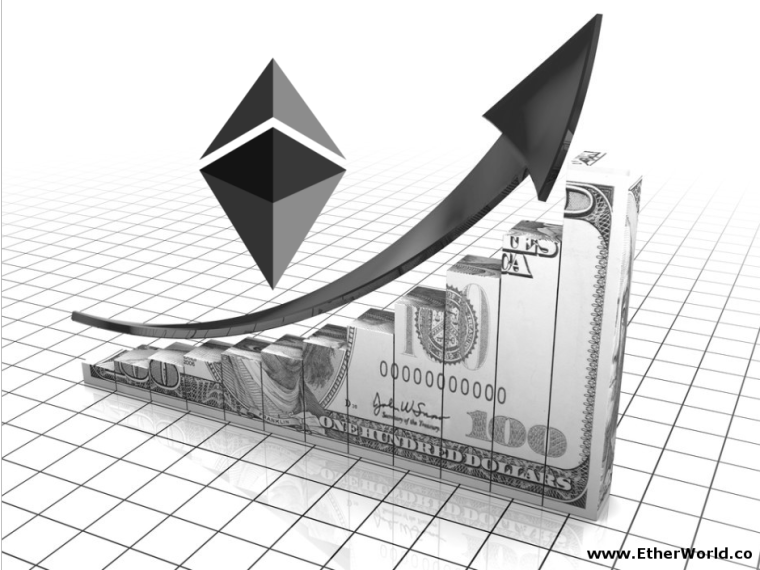 Over the last couple of years, Ethereum, a blockchain-based platform, has attracted many admirers in the corporate world. At present, it is the second largest cryptocurrency with market cap of more than $2 billion. On Monday March 13, 2017 value of an Ether (ETH) reached its all-time high $29.85. In less than a week’s time it has shown growth of about 25% in price and more than $1 billion in market cap.

Some thought the turbulence in Bitcoin’s price in past week has shove Ether’s price to this high where as some believe it is the result of Enterprise Ethereum Alliance (EEA).

The Securities and Exchange Commission (SEC) has rejected an application to create an Exchange-Traded Fund (ETF) tied to the price of Bitcoin proposed by Cameron and Tyler Winklevoss on Friday March 10, 2017. Within a few minutes of SEC.’s announcement, the price of a Bitcoin dropped nearly $300. However, the price soon edged up steadily over the weekend, rising close to $1300.

In 2014, investors Cameron and Tyler Winklevoss, offered an Index to track price of Bitcoin. For more than three years, they have been trying to convince the SEC to let them bring the first Bitcoin ETF to market.” We began this journey almost four years ago, and are determined to see it through,” said Tyler Winklevoss, CFO of Digital Asset Services in an interview with press.

The ETF aims to provide an easy way for investors to bet on the future price movement of Bitcoin, which has gone through several volatile swings. Investors, though, will pay for the work that the Winklevoss’s company will do to maintain and secure the Bitcoin held by the ETF. The size of the management fee was not specified.

The Winklevoss twins, famous for their legal battle with the Facebook founder, Mark Zuckerberg over the concept of Social Networking are the major investors in the cryptocurrency - Bitcoin since 2010. The Winkdex (The financial index that takes its name from the Winklevoss brothers) was released publicly in 2014 and it provides a regularly updated figure for the price of Bitcoin.

The SEC said it was rejecting the Winklevoss Bitcoin Trust because the markets where Bitcoin are currently traded are largely unregulated. The lack of such regulation may raise concerns about the potential fraudulent or manipulative acts and practices in this market. "The commission notes that Bitcoin is still in the relatively early stages of its development and that, over time, regulated Bitcoin-related markets of significant size may develop."

On the other side of the blockchain world, following the announcement of Enterprise Ethereum Alliance in Feb 2017, Ethereum made headlines on all major mainstream publications.

The alliance, created in partnership with the leading banking, technology and blockchain firms to produce the industry standard, open source, free to use blockchain solutions that will be the foundation for businesses going forward. Their efforts will be coordinated under the auspices of a new nonprofit organization called the Enterprise Ethereum Alliance, which will guide the engineering of a standard blockchain technology based on the Ethereum blockchain and customized for the needs of all enterprise members. The group aims to provide the tools to make Ethereum, which currently faces scalability and privacy challenges, more usable for companies.

Many Ethereum developers have high hopes that the Enterprise Ethereum Alliance, backed by some of the biggest names in the sectors of finance and software - Intel, Microsoft, J.P. Morgan, BP and Accenture, will help to join private blockchains tailored toward the corporate world with the larger Ethereum network. More than 30 companies had joined the alliance so far.

“If you have a positive attitude and constantly strive to give your best effort, eventually you will overcome your immediate problems and find you are ready for greater challenges.” - Pat Riley

Well whatever may be the inspiration for this historical rise in ETH price; Ethereum certainly attract attention of blockchain investors and developers. We hope to keep a close watch on the events of cryptocurrency world. 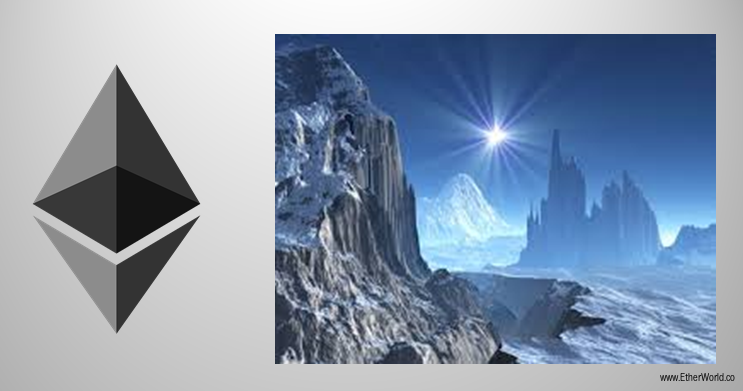