Bitcoin has a unique mining block reward strategy. Each time a miner successfully solves Bitcoin’s proof of work algorithm, he is rewarded a set amount of bitcoins agreed upon by the network. The bitcoins included in the block reward are all new bitcoins. This is the only way that new bitcoins are created. At present Bitcoin reward is 12.5 BTC per block.

When Bitcoin was created, Satoshi Nakamoto (creator of Bitcoin) set some rules that can't be changed without unanimous agreement throughout the bitcoin network.

“Total circulation will be 21,000,000 coins. It'll be distributed to network nodes when they make blocks, with the amount cut in half every 4 years. 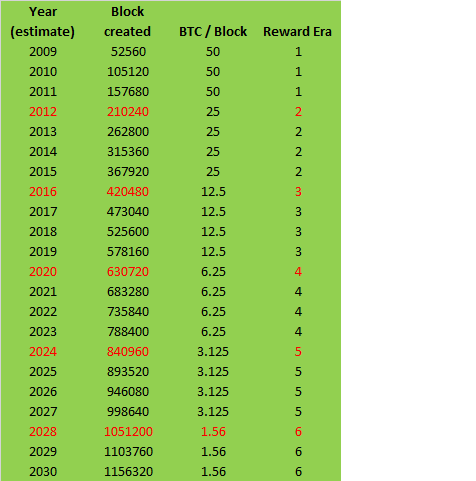 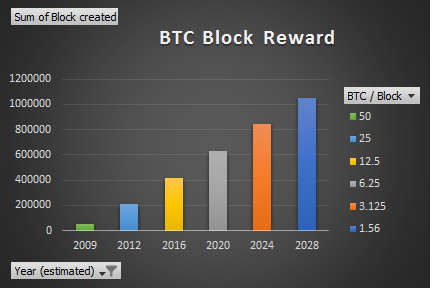 Based on the above calculation, next time halving of the Bitcoin reward will happen in 2020. This process of making the block reward half about every four years is also known as 'Bitcoin Reward Halving'.