Arrow Glacier upgrade update, EIP included, how to calculate difficulty bomb, what do community need to know and more.

The Arrow Glacier network upgrade, similar to Muir Glacier, pushes the parameters of the ice age/difficulty bomb until next summer to keep the chain from freezing. It was scheduled for release on December 9th, at block 13,773,000.

A single EIP is involved in this upgrade, EIP-4345, titled "difficulty bomb delay to June 2022" Proposed by Tim Beiko, James Hancock, and Thomas Jay Rush, the incentive for this was to make time for the merge.

It was proposed to push back the difficulty bomb back to June 2022, a month after the original May 2022 with EIP-4345: Difficulty Bomb Delay to June 2022. It will be pushed back 10,700,000 blocks, 1 million more blocks than the last, the London upgrade. This will only exist on the mainnet and for the first time it wasn't deployed on the Ropsten or
any other test network.

The difficulty bomb is added to the Ethereum blockchain to raise the difficulty level, making it harder and harder for miners to keep up with the increased difficulty. The difficulty increases exponentially. It has been flat for a long time, then will shoot up when the bomb goes off. The original purpose for raising the difficulty was for the transition of proof of stake, but it was later discovered that it could also force those who want to keep running ethereum to upgrade their nodes. 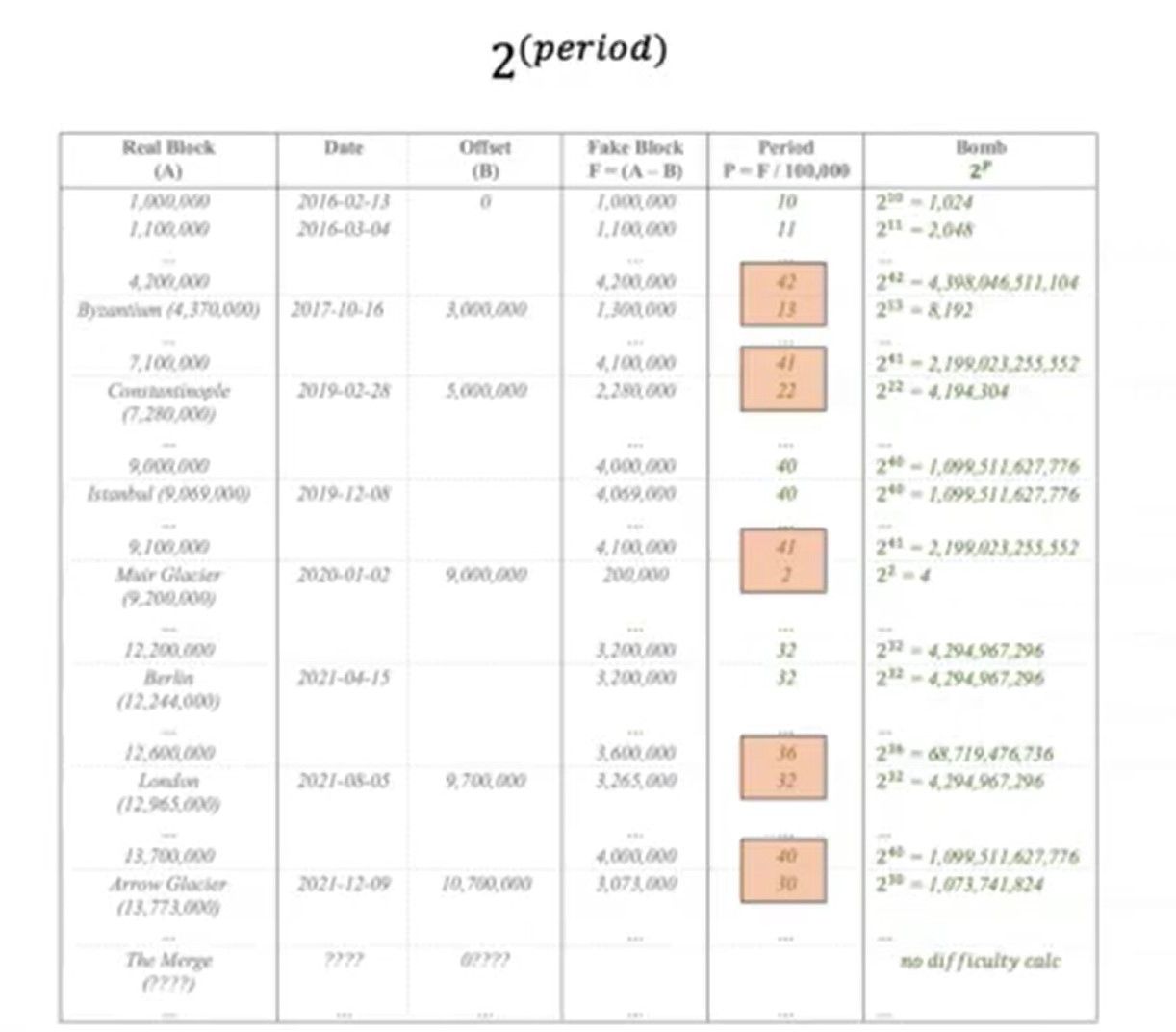 It can be interesting to understand the maths behind the decision to how far it should be pushed and block number on which the upgrade can be deployed. 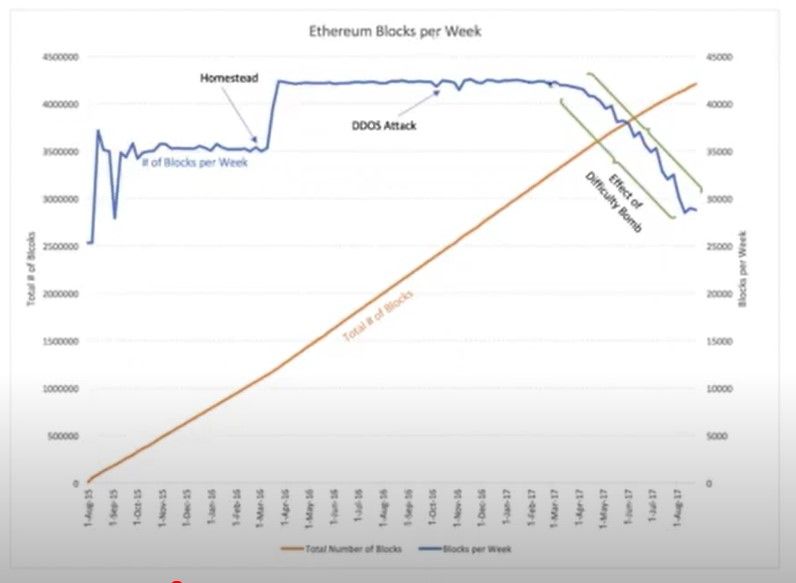 Thomas Jay Rush, the co-authors of the proposal provided a great explanantion on PEEPanEIP.

The Arrow Glacier network upgrade is successfully deployed. No issue reported in any of the clients.

At the time of upgrade, over 77% nodes were in sync as per Ethernodes. However it is important to notice that only 10% of the Geth nodes and 11% of Erigon (formerly known as TurboGeth) were not in sync. OpenEthereum core team reported discontinuing support early this year.

Update: The main reason for some nodes not getting updated is because of two Chinese miners not updating the clients before the upgrade time, Ethereum All Core Dev meeting coordinator, Tim Beiko mentioned on the call on Friday, Dec 10, 2021.

What do community need to know?

Arrow Glacier is most likey the last difficulty bomb pushing upgrade on the Ethereum network. With The Merge planned next year, Ethereum will switch the consensus mechanism from PoW to PoS and the Execution Layer (present beacon chain) will make the finalizing decisions.

If you use an exchange, a web, mobile, or hardware wallet, you do not need to do anything unless told otherwise by your exchange or wallet service. Node operators will need to update the client version that they want to run. If you are not using a client updated to the latest version, your client will sync to the pre-fork blockchain once the upgrade occurs. Making you stuck on an incompatible chain, and you will be unable to send Ether or operate on the upgraded Ethereum network. Read more about the Arrow Glacier on ECH blogpost and EF blogpost.

This has been an exciting year with multiple upgardes on the Ethereum blockchain. Arrow Glacier is the third network upgrade on the Ethereum proof of work chain followed by Berlin in April & London deployed on August 2021. In addition to this, Ethereum Beacon chain deployed it's first network upgrade Altair in October 2021 and The Merge is already planned for the next year. Looking forward to keep the community updated with Ethereum upgrade updates!