Muir Glacier is the upcoming upgrade on Ethereum Blockchain to delay the difficulty bomb. Istanbul is the latest upgrade that was deployed on the mainnet on Dec 07, 2019, and Berlin is next in line. An upgrade to push Ice Age has its own importance on Ethereum blockchain but because of the complexity of the prediction of the difficulty bomb, the timing can be surprising.

The upgrade may appear 3-5 days before or after due to variable block time. Please upgrade your Ethereum client nodes as soon as possible.

This Upgrade has only one improvement proposal, EIP: 2384, the Muir Glacier Difficulty Bomb Delay. About 10 days ago, Ethereum deployed the Istanbul upgrade on the mainnet which included most of the approved improvements. It is difficult to estimate when the difficulty bomb will start kicking. It became noticeable on October 5th, 2019 at block 8,600,000 and the average block time increased to 14.3 seconds. It was too late to be included in Istanbul and needed to be addressed immediately because the average block time will start to accelerate exponentially every 100,000 blocks and near the end of December 2019, it could reach 20+ seconds. Hence the Ethereum core developers decided to address it with a single EIP upgrade.

A little differently than previous difficulty bomb delay proposals, EIP 2384 will only push the Ice Age but the implementation in its logic does not differ from EIP 649 or EIP 1234.

Muir Glacier will be activated only on the Ropsten network, on the same day as mainnet, within a 48 hr window.

Kovan or Gorli being PoA chains do not need to deploy difficulty bomb upgrades.

Ethereum works on the Proof of Work algorithm. Back in November 2015, a difficulty adjustment process a.k.a the Ethereum Ice Age, was introduced to ensure that everyone has incentive to move to the new blockchain. This was basically a lesson learned from issues being faced by Bitcoin developers, at the time. The difficulty adjustment was programmed to raise difficulty level exponentially and that miners will be encouraged to upgrade to keep up with the increase of difficulty level. The process is designed to increase the block time and that lead to blockchain freeze. This is why it is named as Ice Age. The reason to consider this feature was to ensure that the community must coordinate on some change after certain period. 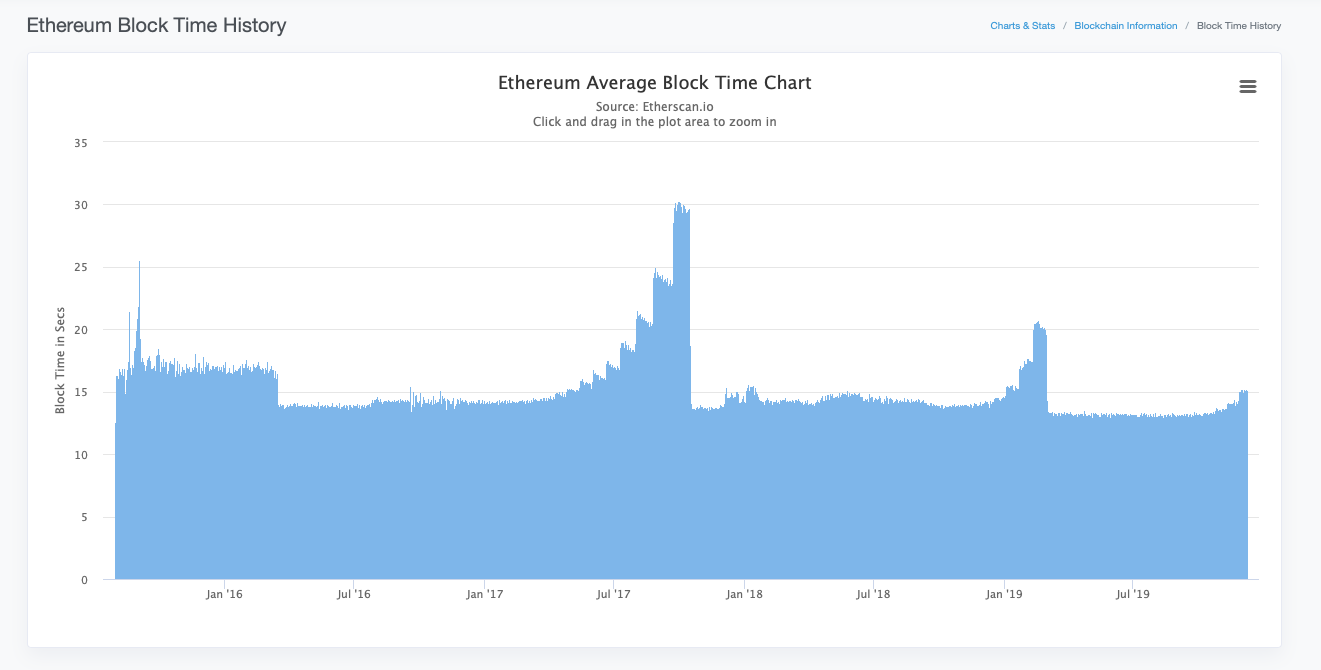 In the history of Ethereum, difficulty bomb adjustment protocol has been deployed a couple of time earlier. The most recent one was EIP 1234 with the Constantinople upgrade.

What To Consider When Trading Bitcoin

OpenEthereum - the revival of Parity Ethereum in 2020