Constantinople - the winding up of Metropolis phase

Ethereum blockchain is going for another fork - Constantinople, in January 2019.

Ethereum blockchain is soon going for another hardfork - Constantinople. According to earlier Roadmap of Ethereum, Metropolis is the third phase of Ethereum. It was then decided to take it forward in two separate hardforks Byzantium and Constantinople respectively. Both hard forks are introducing major updates to the greater Ethereum ecosystem.

Constantinople fork will be the concluding part of Metropolis phase and we will enter Serenity. Constantinople is expected to make adjustments to Ethereum’s economic policy, which partly focuses on delaying the difficulty bomb and ETH issuance.

What is the expected date for Constantinople hard fork on Mainnet?

Based on discussion in the last coredev call, the fork is expected to be around January 16, 2019. The block# will be decided in coming weeks in coredev call.

Which EIPs are considered?

At the initial stage of Metropolis, Constantinople was planned to introduce the following features:
● Abstraction of transaction origin and signature
● Blockhash refactoring

But with passing time, now we are going ahead with more features. Below are the EIPs considered for Constantinople so far.

As the project Ethereum is moving ahead, core developer team are taking all efforts to be transparent and keep community on the same page. The Constantinople Progress Tracker indicates that all clients have implemented EIPs to be considered for the upcoming fork. 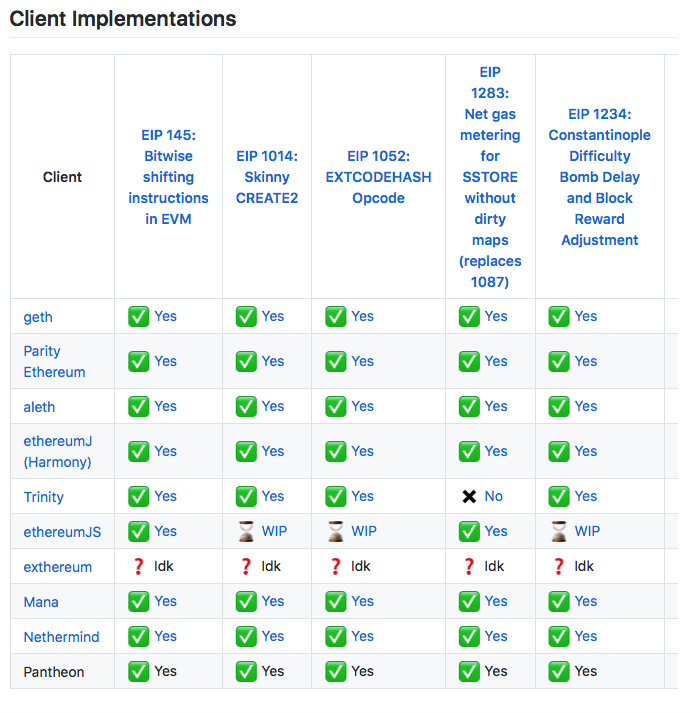 ProgPow is another implementation considered for Constantinople HF. This algorithm is ASIC resistance and is designed to be optimising for a specific type of mining hardware, the goal is to maximally utelise all the function of that hardware. More on ProgPow will be coming soon.

Ethereum Ropsten testnet Constantinople hard fork was set to be activated on Ropsten at block number 4,230,000, on October 13, 2018. However, team soon realized that something went wary. Block 4,230,000 featured zero transactions after mining and the Ropsten network was stalled at block 4,299,999.

Afri Schoedon from Parity wrote, “The fact that all clients are ‘stuck’ means that there is no valid Constantinople block yet.” He explained in the Constantinople special call that client releases were very late, less than one week before the fork; miners failed to upgrade their software. No one was mining the Constantinople chain and high hash rate on Byzantium chain was observed. Then consensus issue between geth and Parity was discovered, also Harmony was for some reason using the wrong config.

Hudson Jameson from Ethereum Foundation told that they had trouble monitoring the fork, knowing which was the canonical chain. There was no fork monitor, only basic ethstats page. They weren't coordinating with the miners until the last second. A few things went wrong but issues were resolved and Ethereum developer team is now moving towards mainnet hard fork. Based on the discussion in the last call, team agreed on a few action plans for making mainnet HF go smooth: 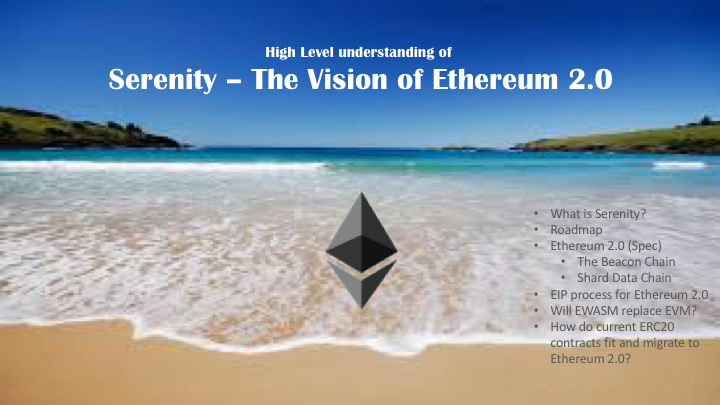