With the Merge upgrade getting closer, Ropsten testnet is going to be forked in the Ethereum Blockchain in a few days. For that to smoothly occur there are a few events which are needed to happen in a harmonious manner -

Update- June 9,2022: Summary of the Ropsten Testnet Merge has been released. Click on the link to head to the Ethereum Bulletin where it is covered.
MAJOR Update- June 7,2022: Ropsten testnet has been merged and proof of stake has been activated on it today. You can perform your first transaction in the PoS consensus protocol now. 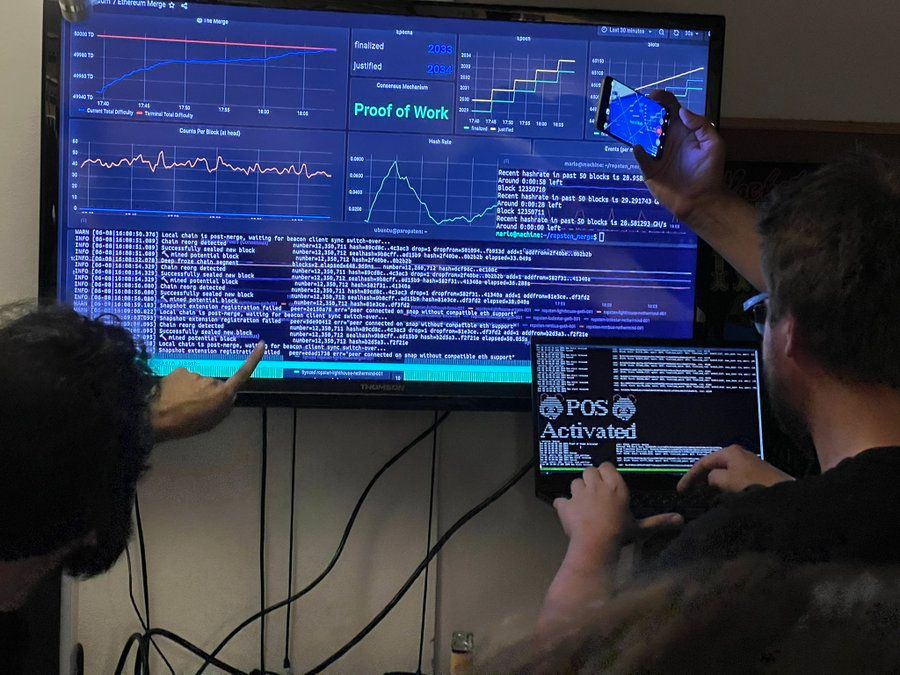 Ropsten will be deprecated soon and the next testnets to be merged are Goerli and Sepolia and soonafter the Ethereum Mainnet transition towards the PoS consensus protocol will happen.
Update-June 3,2022: The Merge TTD for Ropsten is 50000000000000000. If you are running a node or validator, you will need to perform a TTD override on both execution and consensus layer clients before June 7, 2022. Merge is expected to happen around June 8-9.

Note : Syncing an execution layer client on Ropsten may take several hours to days and is required to run through The Merge.You can sync before updating too. More background, and instructions for doing so are available here.

Terminal Total Difficulty aka TTD is the difficulty value where the PoW chain will be moved to PoS consensus protocol. Ropsten is going to be the first biggest public testnet to shift its protocol to PoS after reaching a TTD followed by Goerli and Sepolia.

This was supposed to happen on June 8th but unexpectedly the palindromic number for TTD 43531756765713534 was hit on 26th Mayat block 12308106 which resulted in Ropsten getting shut because there was no Beacon Chain launched and the Merge could not happen.

This incident occurred because someone purchased a significant chunk of hashpower for Ropsten (20x the usual hashrate) and was running it for a few days. More the hashpower, there will be more difficulty per block in order to keep the time between subsequent blocks consistent. This increase caused TTD to be met earlier than expected, actually a week before it was supposed to be meeting .As Ropsten has a low hash rate so it is easier for someone to increase it , it would have cost ~X00$/day to 20x the hash rate. The Ropsten miner had also reduced the gas limit on the network to ~21000 gas, so it was reasonable to expect they were purposefully trying to disrupt things, or, in their words, "STRESS TESTING ROPSTEN NETWORK TO SEE WHAT WOULD HAPPEN IF THE MERGE HAPPENED OUT OF SCHEDULE".

Measures taken to overcome this issue

As a result the Ethereum core developers team increased the TTD to an incredibly larger number for now: 100000000000000000000000 (~2x mainnet total difficulty) which will take almost 250 years to meet. Now users have to manually override the TTD to the new number. Here is a document explaining how to do so for each client .

The current value update of TTD is temporary and Ropsten Beacon Chain is now live on May 30, 2022 to provide consensus to the network with the current TTD value until the actual un-announced TTD will be announced most probably on June 3rd after Bellatrix activation on June 2nd, 2022 which is going to be much lower than the current value in order to be met in a few days of announcement for the Merge to happen. So, node operators should be ready to configure their clients accordingly on short notice. The process is named as TTD override. Developers think that having a practice of TTD override is good in order to ensure mainnet forking is achieved as expected.

After being stopped by the sudden surge of TTD , Ropsten Testnet is live again .

To handle the merge (a shift from Proof of Work mechanism to Proof of Stake consensus mechanism) of the Ropsten chain, Ethereum developers have launched a Ropsten Beacon Chain (RBC). After years of work to bring proof-of-stake to Ethereum, developers are now entering the final testing stage: testnet deployment!

Ropsten, Sepolia, and Goerli are planned to transition to The Merge.It is generally decided that Ropsten Beacon Chain will be unpermissioned but for devs to have the majority of validators.

Having tested client implementations on Kintsugi , Kiln and many shadow forks, client teams are now ready to run Ropsten – the oldest proof-of-work testnet – through The Merge.

Ethereum is a distributed network of computers running software (known as nodes) that can verify blocks and transaction data.Many Ethereum clients exist, in a variety of programming languages such as Go, Rust, JavaScript, Typescript, Python, C# .NET, Nim and Java. What these implementations have in common is they all follow a formal specification (originally the Ethereum Yellow Paper). This specification dictates how the Ethereum network and blockchain functions.

The Merge upgrade activation is needed to be in two phases:

It is important for a validator node operator to update both their consensus and execution layer clients in tandem, rather than just one of the two.

A testnet can be imagined as a replica of the mainnet , it also consists of tokens (native currency) and can simulate work as a main network. However, it is used for testing purposes by the developers, which means that those coins tokens will not have any real world monetary significance; they are used to foresee the impact of transactions happening on the mainnet before its deployment.

Given these circumstances, the Ropsten network, which is intended to be deprecated after The Merge, will run through the upgrade earlier in the development process than previous network upgrades. This will give the community more time to become familiar with the upgrade process.