Ethereum 2.0 has found its first violator. A validator recently got slashed for a block equivocation and lost approximately 0.25 ETH. The slashing penalties are reduced for the genesis but will be back to 1ETH soon. 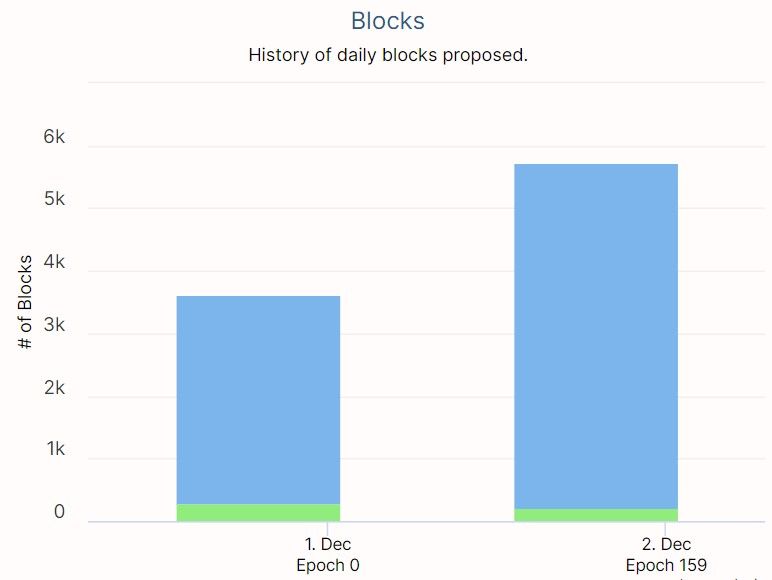 The validators count is also consitent. On the day of genesis, total validators were 21,063 whereas a few joined more on the subsequent day to support the security of the network.

Co-founder Vitalik Buterin congratulated the community for achieving the milestone on time. The community reached the 524,288 ether threshold with 16,384 validators on November 24 that led to Eth2.0 launch on a planned date after a week.

The first block came from Validator 19026 with the graffiti indicating “Mr F was here”. The Eth2 beacon chain grew steadily ever after every 12 seconds a new block was accomplished. The validators showed immense support and trust in the network by coming online.With 82.27% of the validators, the first epoch of the beacon chain was successfully finalized. 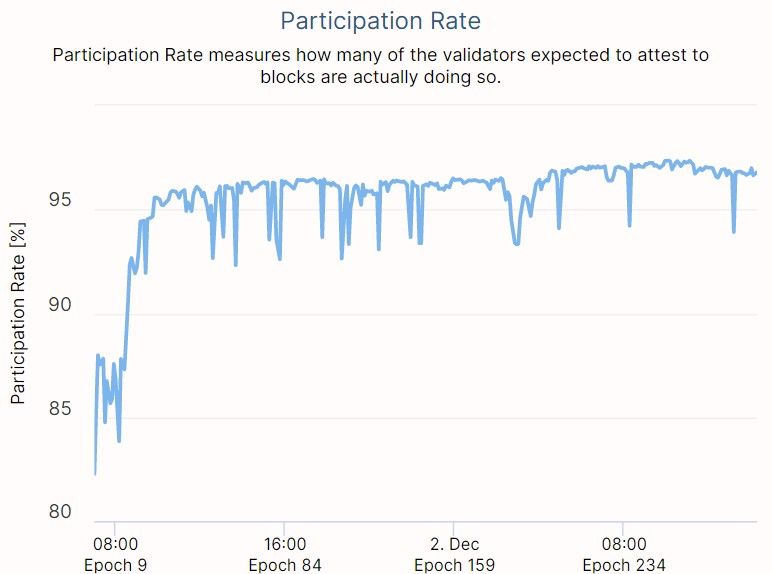 Light client support and efficiency improvements will be added to make the chain more friendly to validators who are active throughout. The new beacon chain will reward the validators who correctly attested to blocks while cutting the ETH rewards of those who went offline. Vitalik soon will bring a proposal to fix efficiency improvements. If the validator showed 90% performance during the activity week, who performed and actively remained online should not lose anything more than 4%.

Why was the threshold fixed at 524k ETH?

Acquiring threshold ETH in the validator contract on time proved community’s confidence in Eth2 in general. The Ethereum Foundation announced the contract deposit on November 4th. The minimum deposit required for genesis was achieved the threshold within 20 days. When asked, why the target was frozen at 524,288 ETH, Vitalik said that the minimum threshold should be somewhere that would be a safer amount for a secure chain. The EF individually could not perform 51% attack. Even when the EF could put everything, yet it would be around 50%. The chain would not be secured at the lower amount. A 51% attack on a blockchain refers to an attack on the network bytaking control of over 50% of a network’s mining power, computing power or hash rate by miners colluding.

With Ethereum 2.0, the efficiency of the network is likely to go up. The transition to Ethereum 2.0 will bring three major changes to the system- PoS, sharding, and EIP-1559. The community will soon be seeing a shift from PoW consensus to PoS consensus network. The PoS will address the problem of accessibility, centralization and scalability associated with PoW.EIP 1559 will substantially decrease average transaction fees and the delays experienced by some users through the flexibility of variable-size blocks. This will change the economic properties of the network in many ways.

Sharding and layer 2 transition together will give scalability, upgrade Ethereum’s data capacity and support tens of thousands of transactions per second. Sharding and switch from PoW algorithm is much awaited to increase Ethereum network’s efficiency, security and trust for mainstream adoption.

As Vitalik said, Ethereum2.0 was always planned since the project launched and it is finally happening. The words became reality after years of planning and efforts. The transition from Eth1 to Eth 2 will witness a massive transition in economics. According to Vitalik,

“Properties today do not matter, what matters are the properties slowly building up for the next one and a half years. These economic properties are going to be guiding the Ethereum network for twenty years after the Eth1 and Eth2 merger happens. The Ethereum at the moment is a system influx."

What’s next in Eth2 chain?

The next milestone will be declared five-six days after the launch. A new testnet is expected to release to make sure everything goes smoothly. After that, the foundation expects to launch PoS threads to launch and upgrade the functionalities followed by unlocking sharding and Eth1 merge into Eth2 bringing both under the same ecosystem. 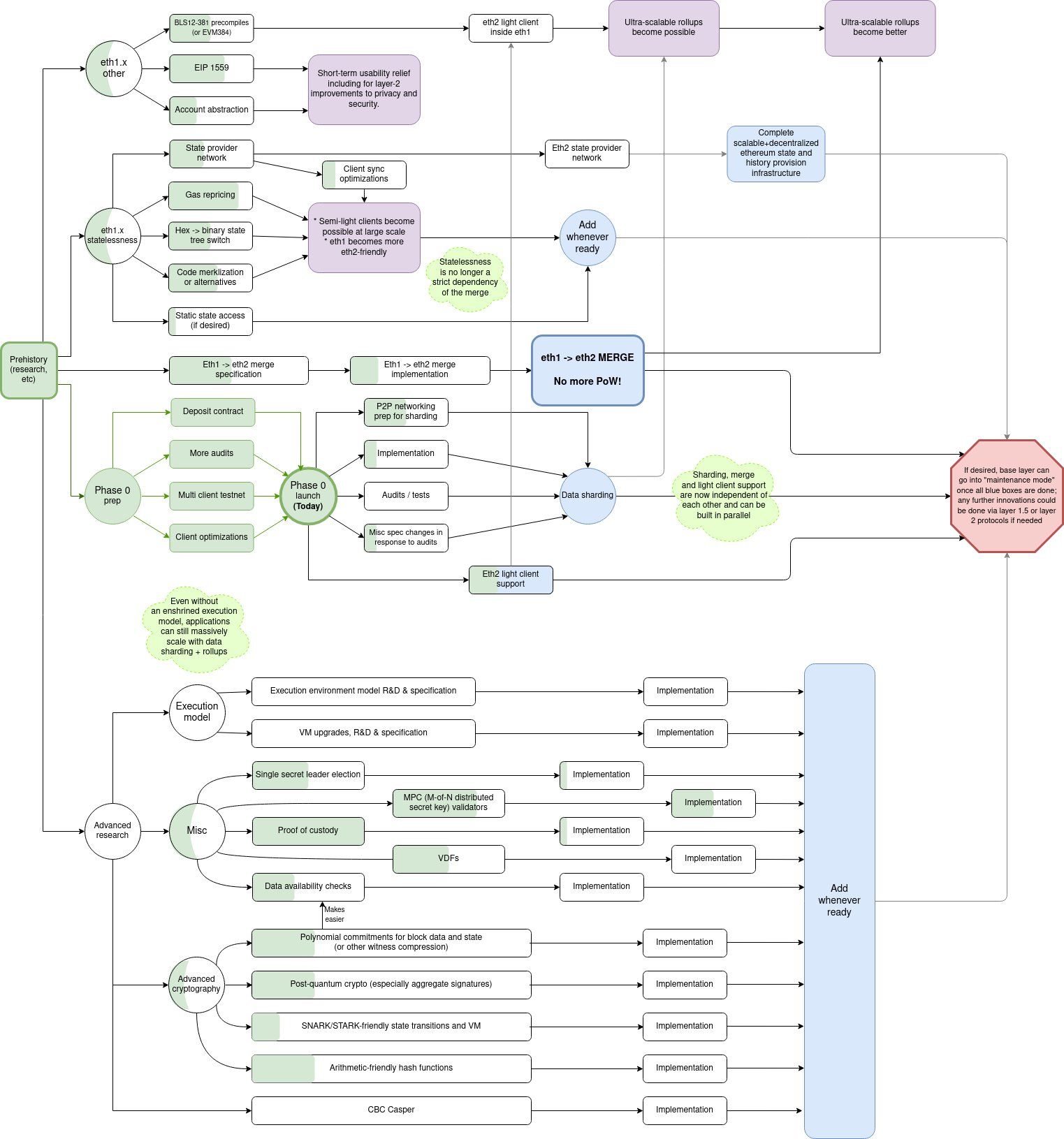 The launchpad suggests that the community will achieve the 1,000,000 ETH target before 2021. The years ahead are crucial and will see an upgrade to Eth2.0 network. It is not going to be necessarily an instant scalability and merger. This will be a process. At the end of that time the eth2 chain will be in a better place.

Coinbase has recently announced that its customers will be able to convert ETH in their Coinbase accounts to ETH2 and earn staking rewards soon. Soon after the launch, clients started releasing updates.

The Face Behind the Token: The Creators of the World’s Favorite Cryptocurrencies

All About The Validator In Ethereum 2.0 Beacon Chain