JPM Coin introduced by JP Morgan Chase bank is based on blockchain technology. It is a stable cryptocurrency that has a value equivalent to one U.S. dollar.

JP Morgan becam the first US Bank to introduce cryptocurrency representing a fiat currency. While CEO Jamie Dimon wasn't sure about Bitcoin and insisted in not interested in cryptocurrency; engineers at the New York-based bank have created the "JPM Coin". First reported in CNBC, JPM Coin is a digital token that will be used to enable the instantaneous transfer of payments between institutional accounts. In trials set to start in a few months, a tiny fraction of over $6 trillion around the world moved every day for corporations in its massive wholesale payments business, will be processed in JPM Coin.

JPM Coin introduced by JP Morgan Chase bank is based on blockchain technology. It is a stable coin representing United States Dollars held in designated accounts at JPMorgan Chase N.A. that always has a value equivalent to one U.S. dollar. It is their belief that JPM Coin can yield significant benefits for blockchain applications by reducing clients’ counterparty and settlement risk, decreasing capital requirements and enabling instant value transfer.

"Exchanging value, such as money, between different parties over a blockchain requires a digital currency, so we created the JPM Coin. The applications are frankly quite endless; anything where you have a distributed ledger which involves corporations or institutions can use this."

There are three early applications for the JPM Coin:

According to an official statement, JP Morgan always believed in the potential of blockchain technology and are supportive of cryptocurrencies as long as they are properly controlled and regulated. JPM Coin backed by JP Morgan bank brings Strong Balance Sheet, strong controls and compliance along with Regulatory Oversight. Being a nationally chartered U.S. bank with global presence, JPMorgan Chase must comply with banking laws and regulations. J.P. Morgan is supervised by banking regulators in the United States and in the international jurisdictions in which it operates. 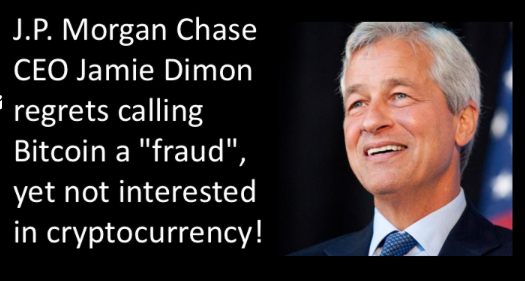