HOW BLOCKCHAIN COULD BREAK BIG TECH’S HOLD ON AI

Blockchain and AI, two of the most common buzzwords that abound today in the industry, have their own scientific potentials that can be explored. Though few people understand the gravity of these concepts, it is sure to generate interest among the entrepreneurial masses. AI or Artificial Intelligence has been around for quite some time. It is basically an intelligent machine that feeds on the troves of data stored online. AI has helped revolutionized several sectors of the industry with its ability to forecast solutions based on past trends. In a similar fashion, blockchain has become the go to solution nowadays. The idea of a decentralized public ledger has taken the tech world by storm. Initially, limited to cryptocurrency, blockchain has now proven its worth in various industries such as agriculture, entertainment, asset management etc. However, the real magic lies in uniting these two popular concepts into a singular idea.

When blockchain enters in Big Tech

The idea of pairing blockchain and AI together might seem farcical at first, but a growing crop entrepreneurs and academicians is showing interest in this area. Even though the whole theory remains obscure right now, the potential to develop is enormous. AI experts around the world believe that blockchain can help tackle some of the most pressing issues concerning AI currently. Chief of these problems is data hoarding by internet behemoths such as Google and Facebook. 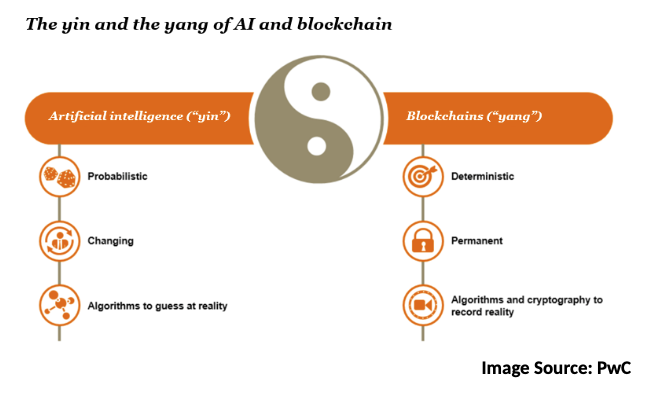 Dawn Song, a computer science professor at the University of California, and Ben Goertzel, chief scientist at Hanson Robotics are some of the big names who have put forward compelling cases of uniting the two concepts. AI experts believe that blockchain is a crucial tool in breaking the oligopoly these few massive companies have built in the market.

As mentioned above, any credible machine learning program requires access to online data to refine the process. But these internet giants continue to act as tepid gatekeepers for the troves of data. They also hoard up on all the best available talent, effectively drying up the resource pool.

The future of machine learning lies in giving users more control over their data, instead of relying on these companies. Some startups have already begun their journeys towards this goal. At the most basic level, startups are looking to emulate the bitcoin ecosystem for data as well. Their aim is to create a marketplace where data is traded instead of currency. This can virtually erase the hegemony of the top companies allowing free access to the much needed information. Decentralization of data will also make the entire process faster since the task of filtering data can be divided between several nodes.

A Berlin based project, Ocean Protocol, has set up a marketplace where data can be bought by using digital tokens. More than a repository of data, it’ll act as a common junction for data suppliers and data users, ensuring that no middlemen control the flow of information. Yet another idea is to incentivize data, just like Revel did. It pays its users in digital tokens to collect the data required by companies. Users can also let their phones and computers collect live feed such as images and sounds. The project has been off to a solid start already.

Integration of blockchain and AI

The integration of blockchain into artificial intelligence will usher in the era of free and open access to data. Peer to peer data exchange across an open registry can technically revolutionize AI. Another potential benefit of this venture is the heightened security that it offers. 1.3 zettabytes of data will be distributed across a network of ledgers spread across the globe. During crisis and natural calamities, destruction of one site will neither affect the storage nor the ability to share data. Hacking into the system to corrupt or possibly steal the data will be practically impossible, keeping data out of reach of cronies. Recent data leaks have raised several questions regarding privacy and data security. Blockchain can help prevent any further breaches.

Finally, blockchain and AI together can give the control of their data back to the consumers. Just like uploading content online requires permissions and rights, contracting personal data for commercial purposes will require licensing. Blockchain enables users to sketch contracts easily using inbuilt tools and efficiently transfer the rights to their data to other entities. In this scenario data can be viewed as a transferable asset that requires legally binding contracts and permissions. 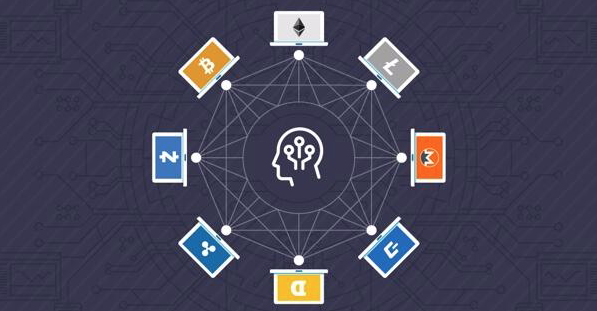 The idea of AI and blockchain integrating into a seamless product seems too good to be true. It opens up newer avenues that were previously untouched. Though, the excitement regarding this solution should be kept in check for now. Just like any other field, this area too requires a lot of work. It’s still in the infancy stage where the idea is being toyed around with. To implement it on a large scale, huge upheaval of infrastructure as well as changes in laws will be needed. But it does provide hope for a better future.


Disclaimer: This is a guest post. Content of the article is author's work and opinion. It should NOT be viewed as an investment advice by EtherWorld.co. Readers are suggested to do their research before investing into any project.