Ethereum is an open-source, public, blockchain-based, distributed, computing platform featuring smart contract functionality. Since its creation, Ethereum has undergone some hardforking. The DAO hardfork subsequently led to other Ethereum forks two times in the fourth quarter of 2016, to deal with other attacks. By the end of November 2016, Ethereum had increased its DDoS protection, distended the blockchain, and prevented further spam attacks by hackers.

With all the clamor regarding Bitcoin, Bitcoin Cash, the hard-fork and BTC and BCC price fluctuations pouring in day after day, investors and enthusiasts alike sidelined Ethereum in this past month. However, everybody’s attention was diverted back to Ethereum recently with the Ethereum Developer team releasing word that the Byzantium hard fork, the first phase of Metropolis is most likely to happen on October 17, 2017.

The hard-fork is highly awaited, ever since the Ethereum road map for 2017 was released earlier this year. The plan had indicated that the coming release would contain some major upgrades for the platform. With the developers calling Metropolis the next milestone release for the Ethereum Platform, people active in the ETH world are anxiously anticipating the activation of this hard fork.

What Is The Metropolis Hard Fork? 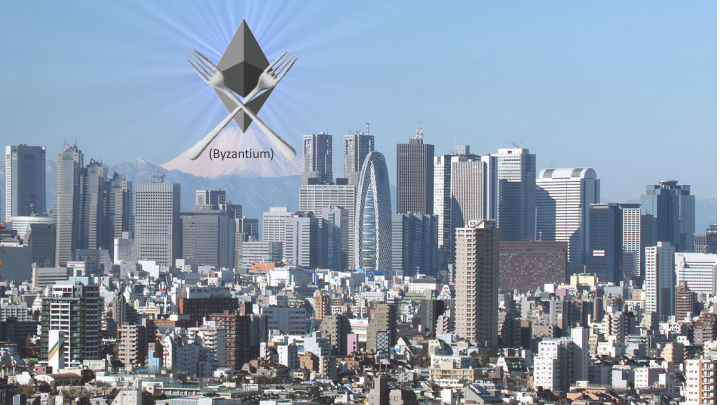 The Ethereum Foundation’s mission is to promote and support Ethereum platform and base layer research, development and education to bring decentralized protocols and tools to the world that empower developers to produce next generation decentralized applications (dapps), and together build a more globally accessible, more free and more trustworthy Internet, make Ethereum move from proof of work to proof of stake protocol. The Metropolis hard-fork is one-half of the transition process from PoW to PoS.

Ethereum’s change into Metropolis is a case study into the multidisciplinary, dynamic, inner workings of how the decentralized application platform functions. Ethereum’s developers informed the world regarding the upcoming changes to the Ethereum ecosystem, which is the next milestone release for the Ethereum Platform. The two separate hard forks making up the Metropolis changes will be Byzantium and Constantinople respectively. Both hard forks will gradually introduce major updates to the greater Ethereum ecosystem.

The Byzantium and Constantinople hard forks are necessary because the changes require the blockchain to alter its course and create a new, forked chain, where the updates are a part of how the chain progresses.
The first hard fork, the Byzantium hardfork, derives its name from the distributed computer science problem, The Byzantine Generals Problem. This is in reference to the blockchain concept of consensus. The Byzantine Generals Problem is essentially a computational framework for understanding how to reach consensus within a group of nodes, some of which may be bad actors. Since the Ethereum Foundation cannot prevent people from being bad actors, it designed Metropolis to minimize what bad actors can do and made it expensive to be one.

There are currently nine Ethereum Improvement Proposals slated to take effect with the Byzantium hard fork. All these EIPs look to pave the way for abstraction by reducing the amount of features that are hard-coded into ethereum. The aim, much like the aim of ethereum itself, is to leave more room for app developers to make their own design decisions.
So the new hard fork should enable some significant upgrades to the Ethereum ecosystem, improving the overall outlook of the platform in the following ways -

After all, proof of stake promises to be faster and more scalable, and to consume far less energy than proof of work. This has often been referred to as the ‘Ethereum Ice Age.’ This particular feature makes it impossible to mine transactions over time, effectively forcing the switch to a new algorithm. However, due to the DAO hard fork implementation, this time bomb is ticking a lot faster than originally planned.

While it still remains unclear whether the upgrade will cause prices to increase or decrease, general pattern dictates that as mining slows, prices fall. However, the upgrades should increase the number of users on the system overall, causing the price to rise.

Regardless, Metropolis is the penultimate stop on the road map – Serenity, the next upgrade, is expected to produce an increase in stability, leading to greater investment and price support.

With all these changes and updates, the future definitely looks bright. What Ethereum ultimately wants to do is to “disappear”. This means that it wants to be omnipresent and run on everything without people even knowing they are currently working on something based on Ethereum. There is still a long way to go before they can even attempt to achieve that, but the future definitely looks bright.