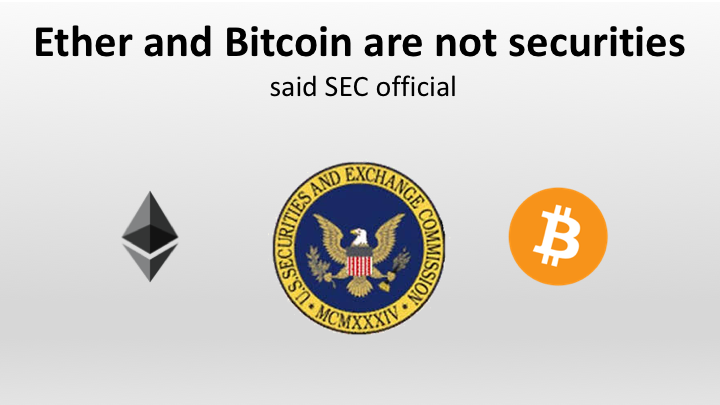 Ether and Bitcoin are not securities said SEC official

"Is Ether security?" It was one of the hit topics of debates in cryptocurrency community. The discussion sparked after a statement made by SEC Chair Jay Clayton earlier this month in an interview to CNBC about cryptocurrencies as investments and whether cryptos are securities and subject to securities laws.

While speaking at Yahoo Finance’s All Market Summit: Crypto in San Francisco on Thursday, U.S. Securities and Exchange Commission Director of Corporate Finance William Hinman said Commission would not be classifying Ether or Bitcoin as securities.

"The network on which Bitcoin functions is operational doesn't seem to involve a central third party whose efforts are a key determining factor in the enterprise. Putting aside the fundraising that accompanied the creation of Ether, the Ethereum network and its decentralized structure, current offers and sales of Ether are not securities transactions," said Hinman.

He shared his views on “Can a digital asset originally sold in a securities offering eventually be sold in something other than a security?” Speaking on digital assets and ICO, he said," The digital asset itself is simply code. But the way it is sold – as part of an investment; to non-users; by promoters to develop the enterprise – can be, and, in that context, most often is, a security – because it evidences an investment contract. And regulating these transactions as securities transactions makes sense." Without a regulatory framework that promotes disclosure of what the third party alone knows of these topics and the risks associated with the venture, investors will be uninformed and are at risk. The SEC official, also talked about the factors to consider whether a digital asset is offered as a security.

This announcement is strongly welcomed by the cryptocurrency community, which has argued that unlike shares of a company, the value of digital assets like Bitcoin and Ether are not tied to a single company and should not be regulated like them. 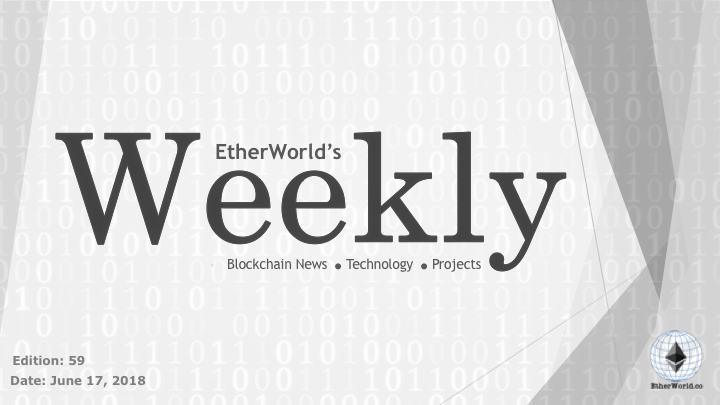