TRON, an another small valued cryptocurrency took a giant leap on Jan 4, 2017. In last 24hrs, itshowed more than 125% growth in price and reached all time high $0.3 with a market capital of more than $19 billion. It amazed crypto investors, how quickly it entered in under 10 camp and climbed up to #6 position (by market capital) and secured a seat which was with Stellar (XLM) yesterday. 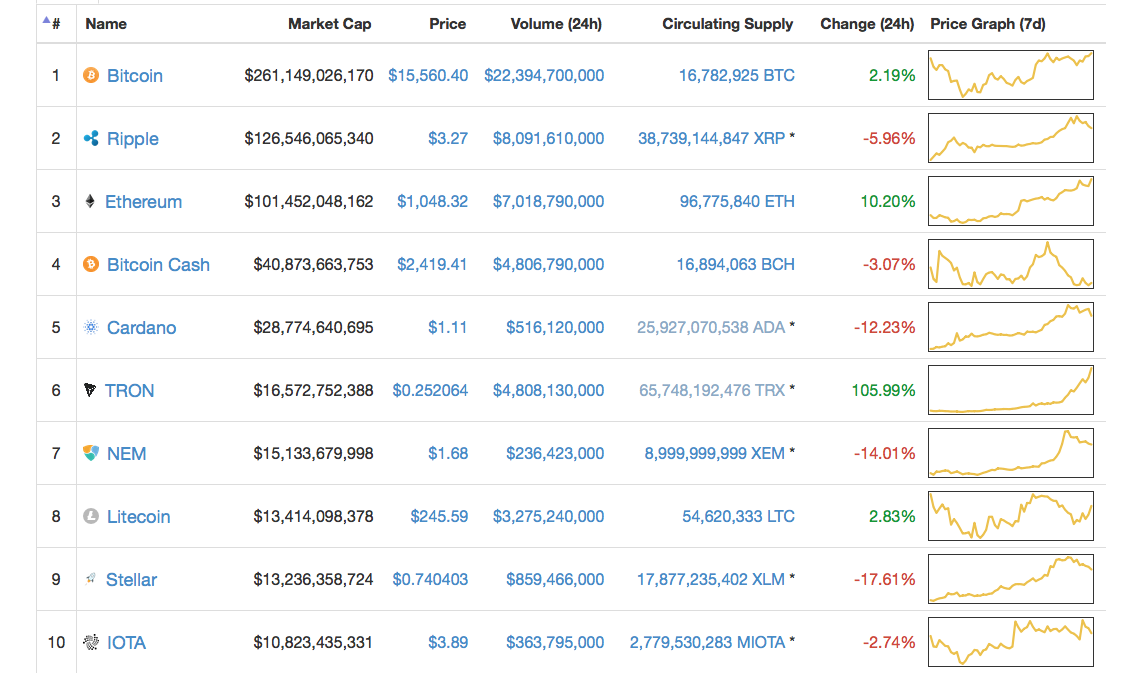 It is a blockchain based decentralized app for the global digital entertainment industry. It is a project from China which finished its ICO in September 2017. TRON is relatively new project to be listed under top 10. However, it was already listed under top 20 by Dec 31, 2017.

It also recorded to be the 4th highest transaction volume currency ($3.49B) of the day, according to WorldCoinIndex.

Couple of days back, Justin Sun, Founder of Tron tweeted about upcoming partnerships. He said,

To provide more update on the latest partnership and tech development, a live streaming on January 6th 10am GMT+8 Beijing time is announced. If you want to know more about the project, please don't miss the show.

Since the beginning of the year, every other day, an altcoin goes bullish and tremble the top 10 cryptocurrency chart. Yesterday, was Stellar and today is TRON. It may be because of new investors trying to enter the market with the smaller valued currency or may be investors are researching on more projects. In my opinion, if latter is the reason then fine else, small currency valued sentiment of new investors may turn market volatile. So, it is always suggested to conduct proper research before investing money. Let's wait and watch which is the next crypto for high jump.

Disclaimer: This should NOT be considered as an investment advice from EtherWorld. Readers are suggested to do their own research before investing into any project.

The IOTA of China? How IoT Chain ($ITC) Is Securing The Internet Of Things