The blockchain is the latest revolution in technology world. Is it really the start of the new digital era? The concept of blockchain is ingenious invention of a person (or a group of people) known by the pseudo name, Satoshi Nakamoto in 2008. They designed bitcoin and as a part of the implementation, they also devised the first blockchain database. On January 3, 2009 first block named 'Genesis' was mined. Bitcoin, the first decentralized currency was used to solve the mathematical problem without the use of central server. Ever since, blockchain technology has evolved enormously.

Blockchain is a distributed database that maintains a continuously growing list of records (blocks). The idea of a blockchain is based on a ledger. It is a book of transactions and each block is a page of the book which records transactions of two parties efficiently and in verifiable way which is penned only. It means, new transactions can only be added and once they have been added, its permanent, they can't be changed by anyone.

Blockchain is a combination of network and database. Every transaction that is being recorded in each block is being recorded simultaneously on many other computers through peer-to-peer network. Every block registers the transactions (chunks of data) along with timestamp and link to previous block. This helps participants to verify the data (audit) and an is inexpensive. Blockchain secures the data by storing it identical across the network. Since, there is no admin (single entity), any alteration in data is impossible. Another, benefit of this technology is that data is never lost, because of multiple copies. Data access is fast and doesn't require any other party involvement. You just need to have the address and you can retrieve the data anywhere at any time, its autonomous.

Blockchain was originally designed for bitcoin to record the transaction just like a ledger. Bitcoin allowed people to send money instantly across the globe without any government involvement for negligible fee. It is widely used for micropayments and ecommerce. By 2013 people started realizing that bitcoin and blockchain technology can be used for various other applications.

Blockchain technology is widely accepted because of its unique features: 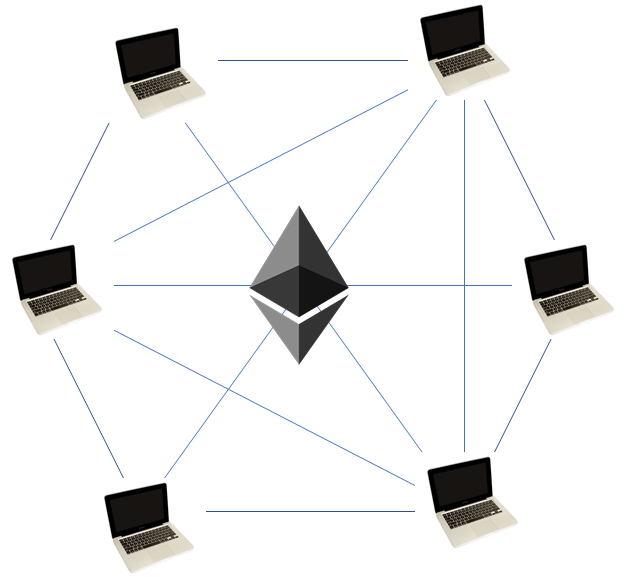 Ethereum is a blockchain. Few adjustments are made in the original (Bitcoin) blockchain concept to make Ethereum work better. It is a platform which is designed for decentralized applications (DApps).
The Ethereum clients (Etherbrowser) include ability for peer to peer connection to send messages and a generalized blockchain with a built-in programming language. It allows people to use blockchain for any kind of decentralized application that they want to create.

Possible applications of Ethereum can be -

Ethereum provide a universal programmable blockchain and packaging it up to a client that anyone can use. The Ehetrum project hopes to do the same for finance, peer to peer governance and human collaboration.