Looks like today's market is for Stellar. XLM, the cryptocurrency of Steller suddenly started inflating and by surpassing DASH, IOTA, NEM and Litecoin, secured #6 position for itself. According to coinmarketcap, XLM registered all time high (ATH) $0.91 per XLM with a market capital over $16 billion. It showed a growth of more than 70% in price in past 24 hrs. 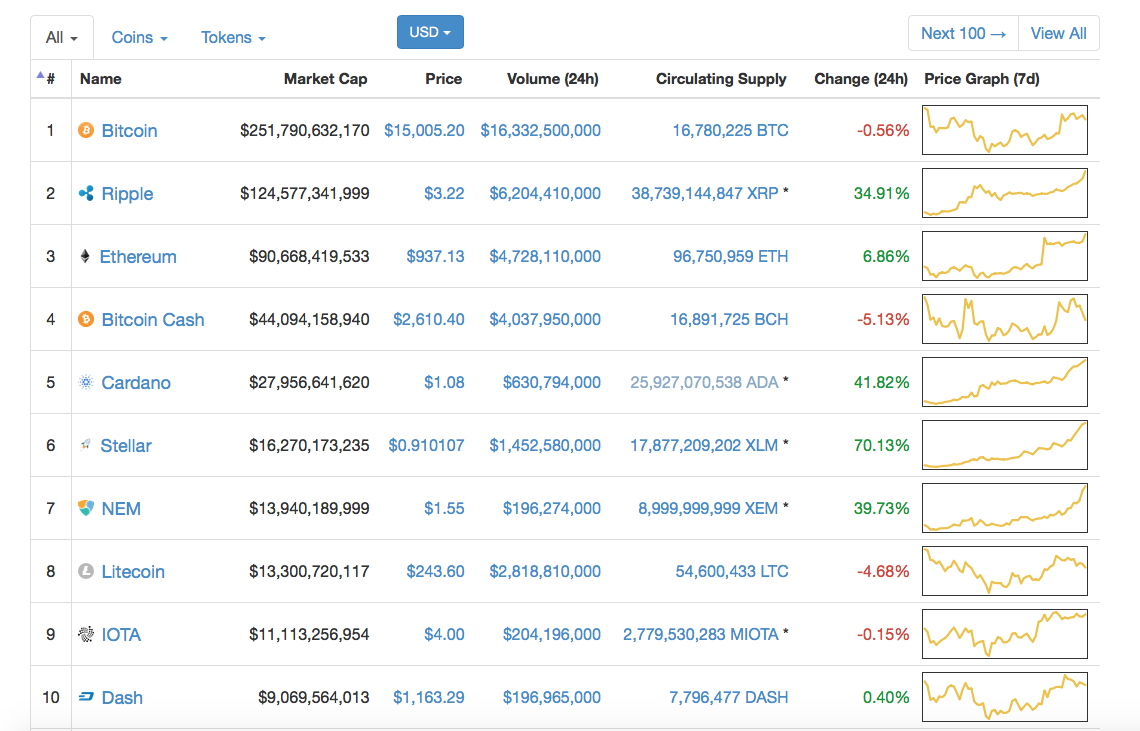 In past couple of months, we've seen all top 10 cryptocurrency giving surprises to the market. Couple of weeks back, Lumen was not under top 10 list even and now XLM has joined the league by securing #6. Let's explore!

According to StellarLumens twitter, "Stellar $XLM has the biggest trading volume with almost a billion dollar today at @BittrexExchange @Poloniex and @bitcoincoid today."

SureRemit - It is a blockchain based startup from Africa that announced partnership with Stellar. SureRemit is an ecosystem for global non-cash remittance. As reported, the company is connecting its crypto product — which is not redeemable by consumers for cash — to a network of pre-approved merchants in Nigeria, Kenya, and Rwanda. SureRemit plans to launch in India and the Middle East in the second quarter of 2018.
Oye & Sam, the founders of SureRemit, announced an AMA on Thurs Jan 4th at 11:00am PST. Please join, if you are interested to know more about the project.

Mobius - This is the first major ICO built and announced on @StellarOrg back in July 2017. In 2017 Stellar grew by over 20,000%. The significant growth in Steller will greatly benefit from ecosystem network effects that will bolster mass adoption and growth of Mobius technology.
According to the blog, Mobius are built to scale, while already supporting numerous live apps today. Jed McCaleb, the co-founder of Stellar joined the Advisory Board and became one of their earliest supporters and token buyers.

What is Steller Lumen?

The Stellar network was originally launched in 2014 with 100 billion Stellars (the original name of the network’s native asset or cryptocurrency). In 2015, with the launch of the upgraded network, the name of the native asset changed from Stellar to Lumen (XLM).

Steller considers Bitcoin as a profound inspiration as Bitcoin network was the first to show that it’s possible for a group of untrusted parties to agree on a common database, and the Bitcoin community still influences it’s understanding of this technology’s impact.

Stellar.org planned to given away 95% of the lumens (created when the Stellar network began) to the world. Only 5% remains with it for operational costs. Last distribution up to 16 BILLION lumens occured in August 2017 to any Bitcoin holder who wants them.

Try our new Digital Asset Calculator to keep track of rates of your favorite currency and net asset value of your investment. Please email your suggestion at contact@etherworld.co to improve this utility.

Disclaimer: This is not an investment advice. Readers are suggested to do their own research before investing into any project.