Goerli-Prater is the third and final Ethereum public testnet to be merged before the mainnet TheMerge upgrade.

Testnets are those networks which are primarily used for testing decentralized applications (dApps), smart contracts etc. before deploying them to the mainnet. Mainnet is the main network of Ethereum where all real world’s transactions take place.

In this article, we are going to talk about:

Goerli is a PoA (Proof of Authority) testnet that was introduced by ChainSafe. PoA is a consensus mechanism that leverages the identities of validators, that is, the block validators are not staking their coins rather, they are staking their ”reputation”.
Goerli promises "safety, security and cross-client experimentation".

Prater is a beacon chain testnet that can be used to verify whether a setup is ready for deployment on Ethereum beacon chain mainnet. It also ensures that users can practice node operations such as adding and removing validators, migrations between clients etc.

The prater testnet is named after a park in Vienna, Austria.

Prater is a larger and longer-term Beaconchian (PoS) testnet which was launched in June 2021 and is a successor of Pyrmont testnet. The basic idea behind creating Prater is to make a testnet twice as large as the Mainnet so that we can push the limits of the client’s performance.

Georli testnet is planned to be merged with the Prater Proof-of-Stake beacon chain testnet. This will ensure the end of the permissioned PoA phase and everyone will be able to run as a validator for Goerli-Prater testnet, post merge.

In the process of testing the Merge, Ethereum developers, for the first time in history, performed Shadow-Forking on Goerli testnet.

To experiment with different merge scenarios, the Goerli testnet was successfully shadow-forked. Goerli was shadow-forked back in January and will be shadow-forked multiple times before The Merge.As of now there have been four shadow forks of the Goerli Testnet.

To know more about the details of the shadow fork, have a follow-up here.

Görli or commonly pronounced as Goerli is one of the testnets for the Ethereum network. It is named after a train station in Berlin and was introduced in Görlicon in September 2018.

Super proud to have been part of this moment! And to have seen how much these guys have dedicated to build the #Goerli testnet! HAPPY LAUNCH DAY @ChainSafeth and @5chdn 🔥🔥🔥 pic.twitter.com/WISmyrKrES

Goerli is one of Ethereum's most popular testnets and is used by web3 application developers to test their applications before launching them on the Ethereum Mainnet.

The Goerli testnet initialisation at goerlicon.

This testnet is compatible with all major Ethereum clients including Geth, Parity, Hyperledger Besu, Nethermind and more.

If you need a stable testnet with support on multiple clients go with Goerli. If you need to have specifications as close as possible to mainnet, but less stability than Goerli, choose Sepolia.

Here are some key points about the Goerli Testnet:

A faucet provides free test Ether which can only be used in the respective testnet. In the case of Goerli testnet, it is Goerli ETH.

It is important to note that these test ETH do not have any real world value and it can not be traded on any Cryptocurrency exchanges. It can neither be used on any other testnet. It is specific to one testnet only.

Step 1: Open up the networks section in your metamask section. 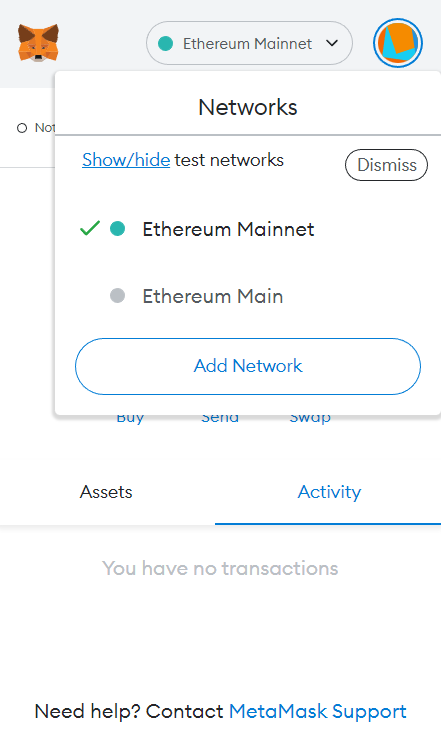 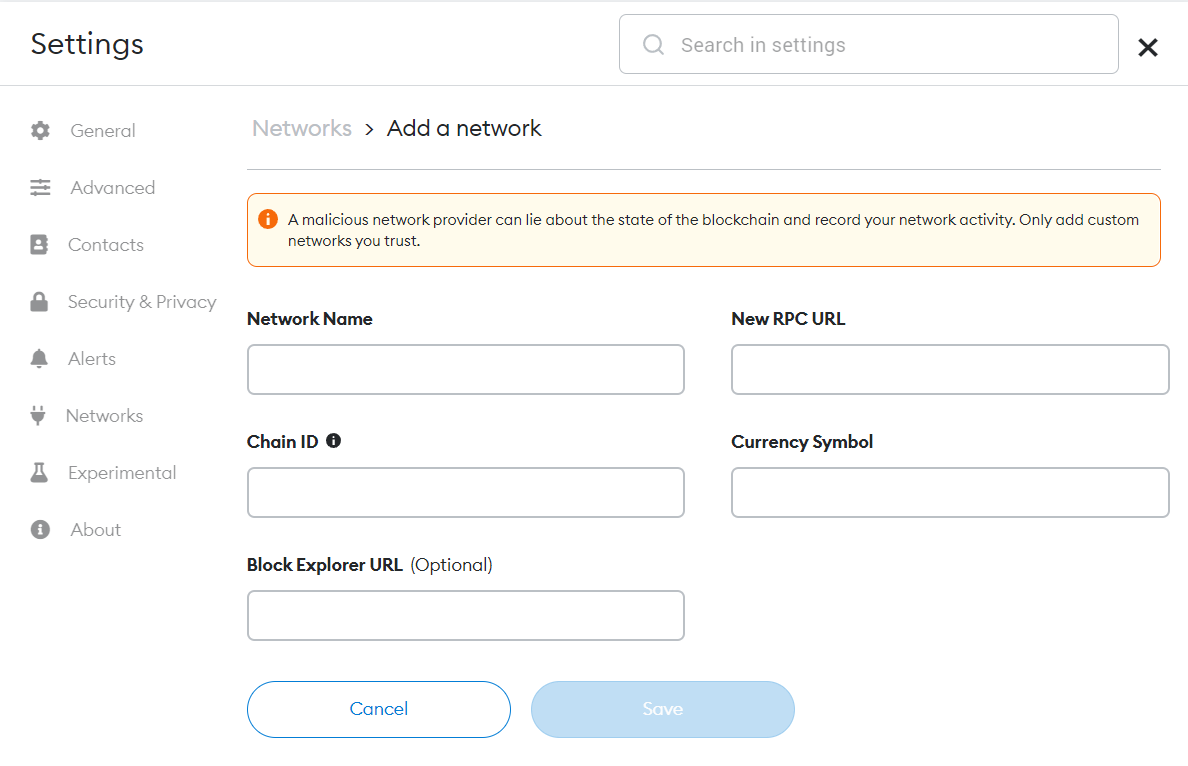 Step 3: Go to Networks Section. Here you can access all the available testnets. 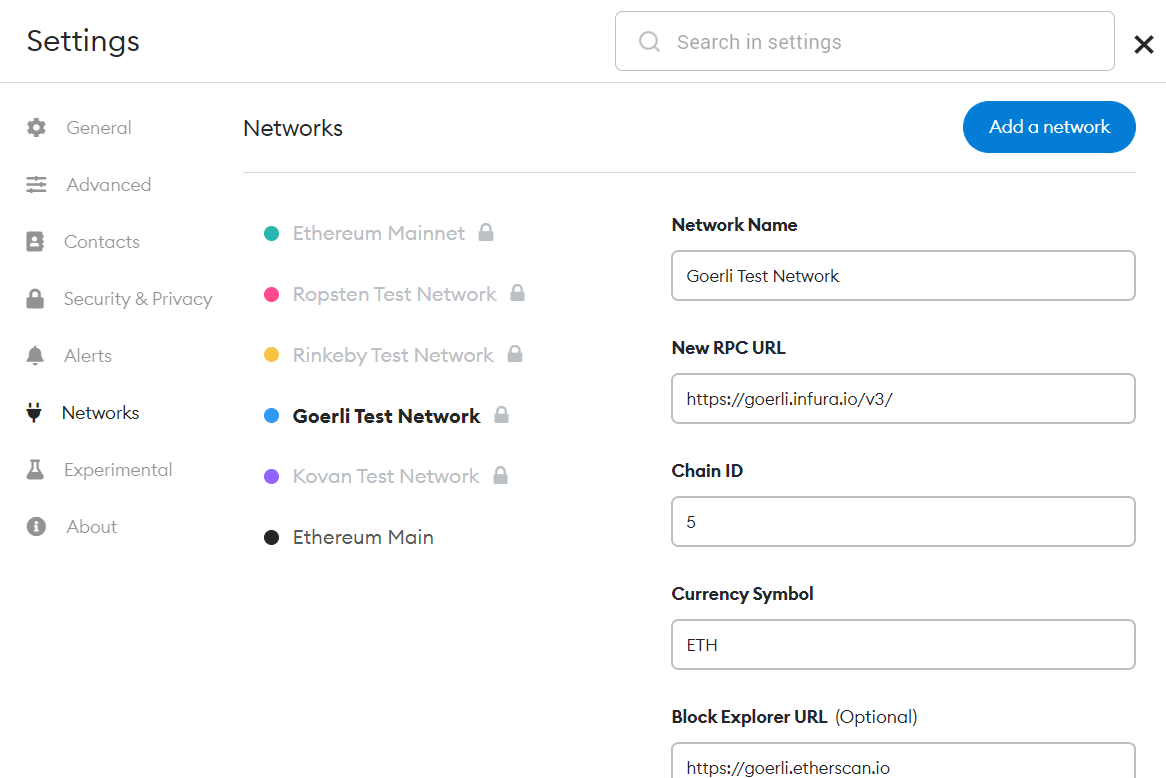 Step 4: Here the testnets are locked. To unlock them, go to the advanced menu and turn on the “Show Test Networks'' option

Step 5: Now in the networks section of your metamask wallet, you can access the goerlitestnet and any other available testnets. 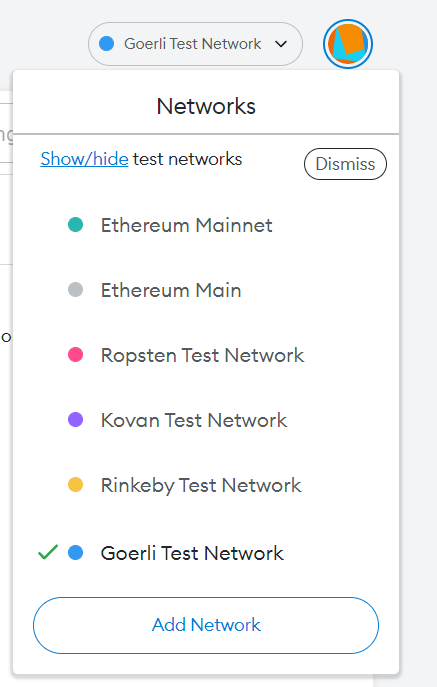 Getting test Ether for Goerli Testnet

There are many faucets available on the internet to get test Ether. The most common website is https://goerli-faucet.mudit.blog/ .
You can also use

You should follow certain steps to avail the test ether:
Step 1: Go to any of the above mentioned websites.

Step 2: After making a tweet, copy the tweet’s link.

Step 3: Paste the tweet’s link in the box provided and select how much ether you need.

Goerli after The Merge

The Merge is live on ropsten testnet, and Sepolia testnet; it will soon be launched on Goerli testnet, which is the last of three public test networks planned for The Merge testing. If there are no major issues on the testnets and they are stable, The Merge will be deployed on the mainnet.

Goerli will be the last and final testnet to be merged befor the Main Ethereum Blockchain transitions to Proof-of-Stake consensus mechanism. 11th August, 2022 is the target date for Goerli's Merge.

TTD date for Goerli testnet was decided based on data available here.

To know more about the merge, have a follow up here.