El Salvador becomes the first nation to have a city with all financial transactions to be performed in cryptocurrencies.

El Salvador's president Mr Nayib Bukele has announced the potential layout of the Bitcoin City which will be constructed near The Conchagua Volcano on the Gulf of Fonseca in the south-east of the Central American country.

When did the project launch?

Last year on November 20 , 2021 President of El Salvador , Nayib Bukele announced the making of "Bitcoin City" during his speech at the closing ceremony of Latin Bitcoin Conference (LaBitConf) at Mizata Beach .

This happened just two months after the country's adoption of Bitcoin as a legal tender along with USD.

Bukele revealed that the city will be made alongside the coast of Conchagua Volcano and there will be no taxes whatsoever imposed except for the VAT ( Value Added Tax) and all the transactions will be happening in Bitcoin.

The central American country planned to raise $ 1 billion via a Bitcoin bond in partnership with Blockstream, a digital assets infrastructure company. Out of which $500 M will be used in buying BTC and another half a million in the making of the city's infrastructure.

The president revealed the plans of using the geothermal energy from Conchagua volcano and Tecapa volcano's thermal plant for running the city and mining of Bitcoin and later in October 2021 announced that the country's volcanic Bitcoin mining facility has successfully mined its first Bitcoin.

What is the expected layout of the city?

Mexican architect Fernando Romero, founder of architecture studio FR-EE designed the layout of the Bitcoin City which is going to be circular resembling the shape of a coin. Bukele shared pictures of how the city is going to look in daylight and at night while also sharing about various landmarks and presence of a circular airport too. 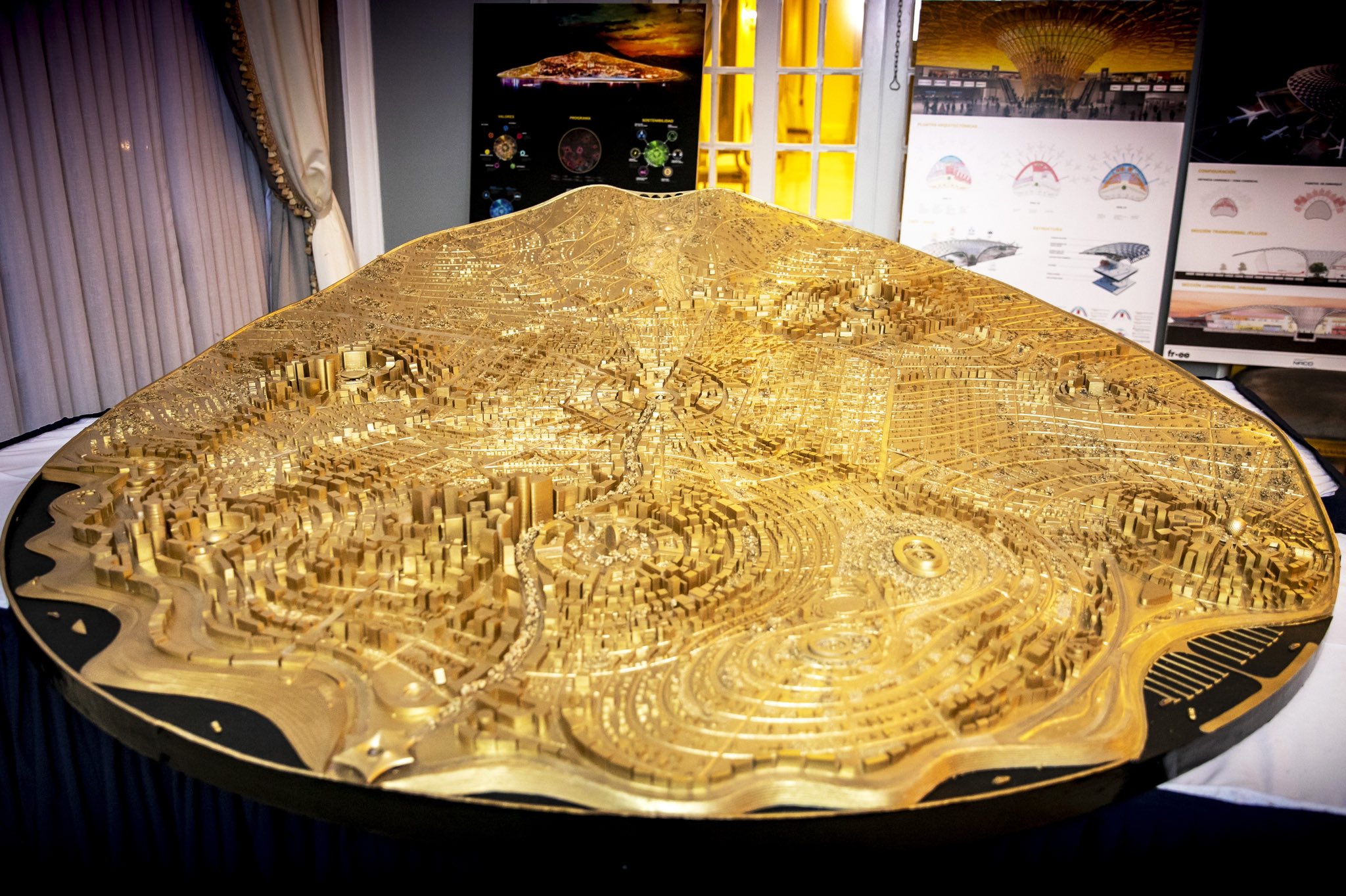 The president reassured in his tweet that the city is not going to be made of golden metal , it is just an artistic impression . The actual city is going to be lush green and blue covered with trees and surrounded by the sea. 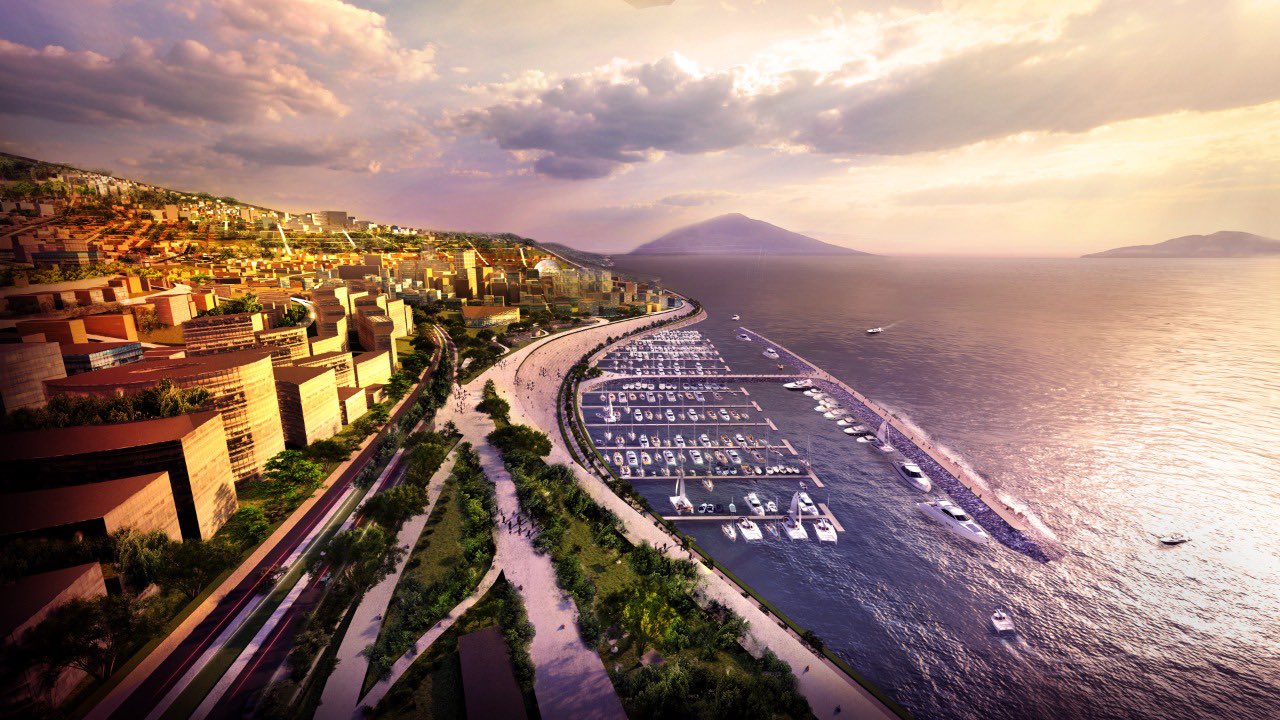 The geothermally powered city will have one circular airport. The picture below shows the aerial view of the Bitcoin city. 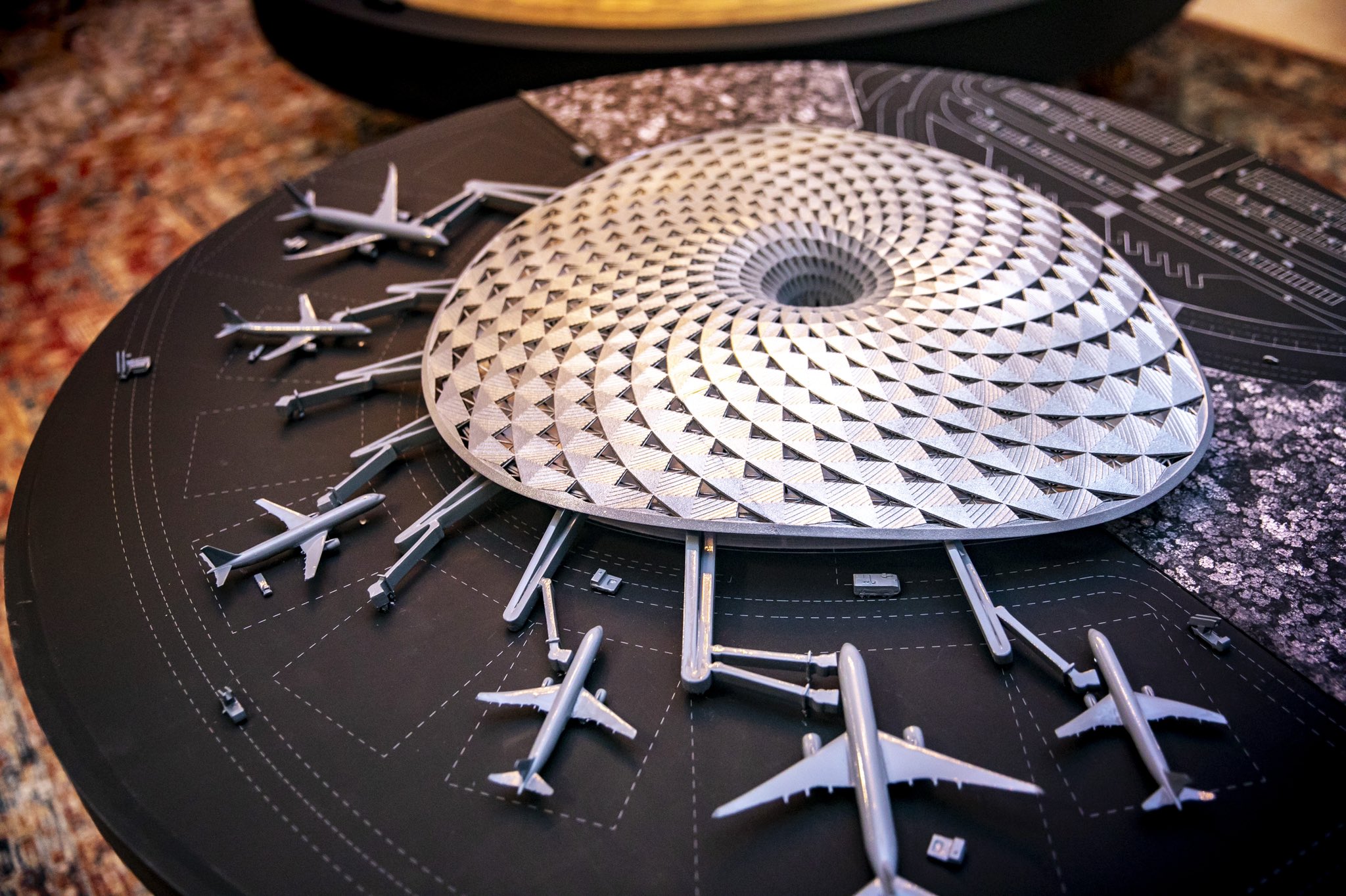 One of the major landmarks and attractions in the city is the lookout in the volcano which will give the public a volcanic view.

How is El Salvador planning to finance the making of the city?

Bukele announced earlier this week that the government has bought 500 Bitcoins which is their largest purchase of cryptocurrencies till date. He also shared that they were able to get the coins on an average price for $ 30.744 , this news came while the Bitcoin market has seen its largest dip being plummeted more than 50% from its all time highs !

Blockstream CMO Samson Mow who worked closely with the Salvadoran government on its Bitcoin strategy said , "We believe this bond has the potential to accelerate hyperBitcoinisation and bring about a new financial system built on top of Bitcoin." Mow said that following a five-year lock-up period of the bonds, El Salvador will start selling its crypto holdings "and pay an extra dividend to bondholders." He added, "With an initial 6.5 percent yield, this could represent a significant windfall for the country if all goes well."