Market of cryptocurrency also known as digital asset is on moon these days. After Bitcoin crossed $10K mark, digital assset has become mainstream news and more investors are pouring money. Every week there is addition of 100s of billion dollars in it. This week, digital asset market shows 55% gain; adding $200 Billion to the market.

Let's do some analysis of top 10 cryptocurrency (by market capital) and will discuss about major events and news associated with them. 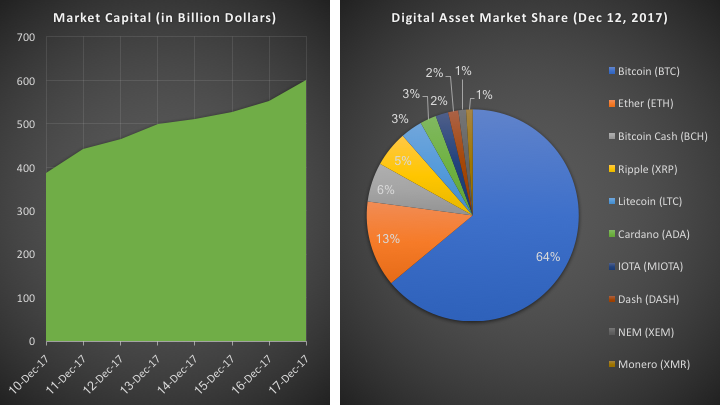 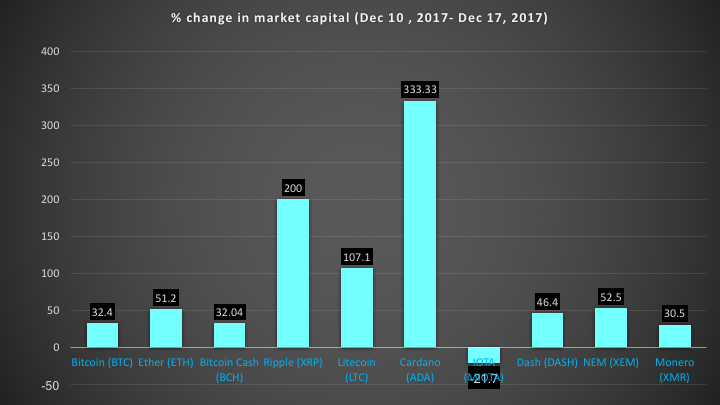 Many other digital currency attained it's all time high. Market is super hot with $600 Billion asset. Overall, it was a good week for the cryptocurrency supporters.