Cryptocurrency market is unpredictable. Almost every other day one of the currency price is skyrocketing and we analysts set on work to look for the reason why is it so high. Sometime we even are successful in finding the possible reasons behind the sudden increase sometime we say - its volatile market!

Litecoin today recorded a high of $171 at the time of writing as per coinmarketcap, which is also all time high for the currency with a market cap of $9.3B; this is huge. Just yesterday, price was around $99 with a market share of $5.5B. In usual days, this kind of price bump happens in case of some exciting news of alliance or cracking some big deal with existing 'big shots'. Today, for Litecoin, no such news happened to be the reason, but it's core features. 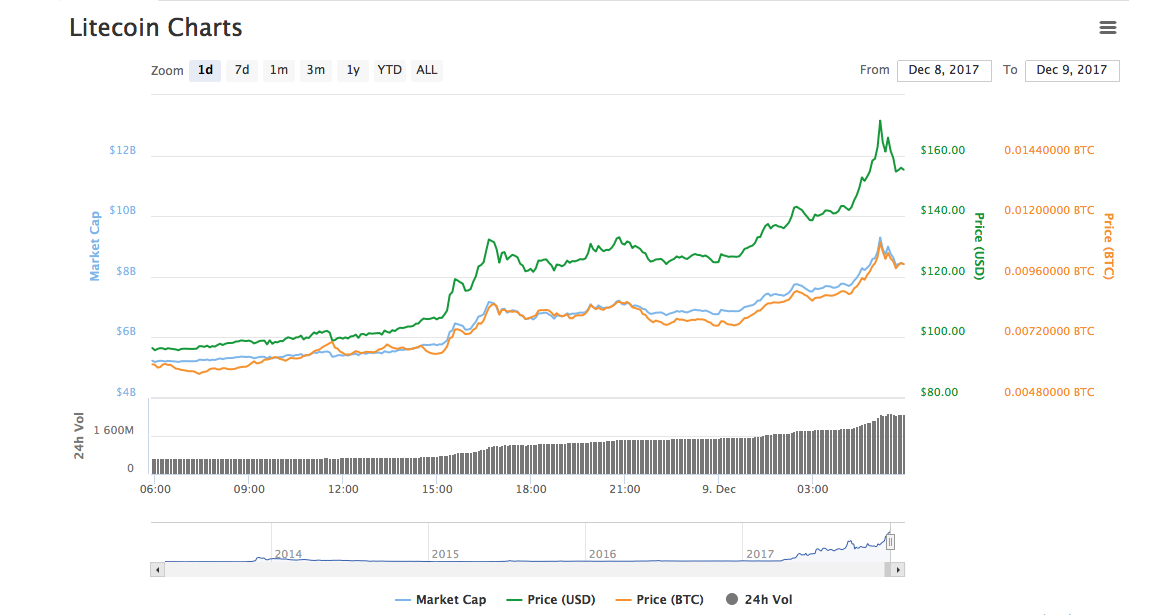 "I ❤️ days like today! Not because the LTC price is up, but because I won't need to read any tweets hating on Litecoin and me. 😂
But inevitably, there will be days when price is down and everyone and their mom will be blaming it on me. Such is the life of a coin creator. 😀"

Litecoin is similar to Bitcoin that uses blockchain technology to process transactions. But, it's four times faster speed and lower transaction charge provides added advantage over Bitcoin. In case of scalability issue in future, Litecoin could be a better alternative to users and traders.

Voice your opinion: Is price of LTC a bubble or is it going to continue increasing in near future? Please let us know your opinion in comment section below.

How To Develop Strategy For ZenBot