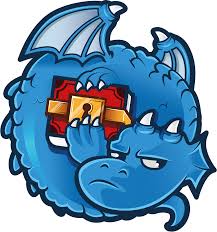 Dragonchain is a blockchain protocol first developed at Disney's tech- focused Seattle office making it open source in 2016 by a team of blockchain technology advocates.

Unlike Bitcoin and Ethereum it is more private and Secure. Dragonchain is a platform attempts to simplify integration of real business applications onto a blockchain. On the lines of this, some developers are making efforts to make it easy for less technology oriented business to get involved commercially.

It was 2014 when Disney's tech- focused Seattle office initiated to build Dragonchain which focused on more data privacy. The idea was to develop a secure Asset Management System to be used internally. However, in 2016 Disney decided to make it open source. Joe Roets now CEO of Dragonchain was prominent engineer behind original project at Disney. Dragonchain serves the purpose of easy integration, protection of business data, currency agnosticism and interoperability. Apart from this, it is built on a much simpler architecture. After this move it seems as if Disney want to pave the way to future of blockchain called Dragonchain.Inc by looking it as a commercial business venture.

In their announcement, they describe blockchain as a distributed crypto ledger Framework protocol that makes it easy to create cost effective business network. Disney originally developed the project under the name ‘Disney Private Blockchain platform’ and opened its Public Initial Coin Offering (ICO) started on October 2, 2017. An ICO is basically a way and a kickstarter campaign for blockchain startups to raise money using blockchain based ‘tokens’ and collect funds unlike the traditional VC world.