Ethereum's ninth shadow fork went live today. A shadow fork is a smaller test fork that focuses on one or two small changes that need to happen when the Ethereum Merge eventually occurs on the main protocol.

This shadow fork focused on testing Ethereum’s so-called MEV boost feature. MEV, or “maximal extractable value”, refers to the process by which the individuals who create new ETH can further profit by manipulating their control over the network and prioritizing certain users transactions. 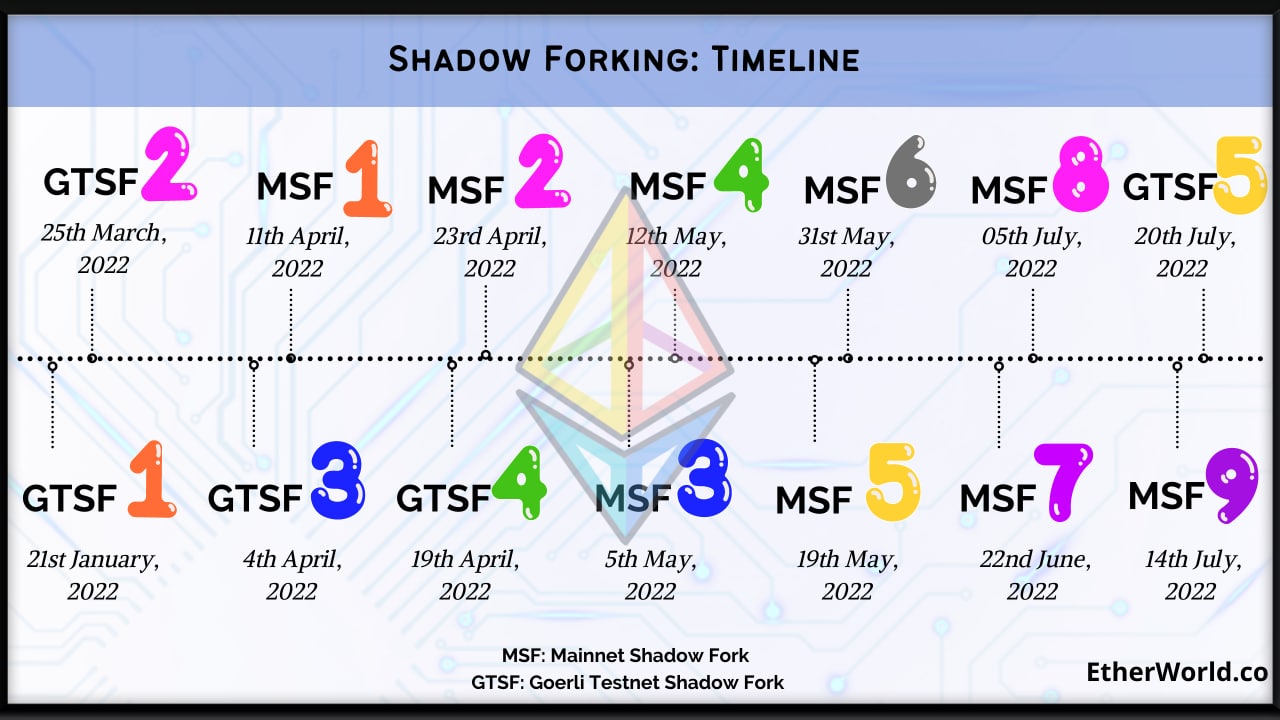 To know more about Mainnet Shadow Fork, have a follow-up here

The Network States is a book written by Balaji Srinivasan where he describes his vision for network states.

According to him, "A network state is a social network with a moral innovation, a sense of national consciousness, a recognized founder, a capacity for collective action, an in-person level of civility, an integrated cryptocurrency, a consensual government limited by a social smart contract, an archipelago of crowdfunded physical territories, a virtual capital, and an on-chain census that proves a large enough population, income, and real-estate footprint to attain a measure of diplomatic recognition."

Here are Vitalik's thoughts and views regarding the concept and the book.

In the recent Consensus Layer call which happened on 14th July, 2022, there was a discussion about the Goerli-Prater Merge.

Goerli-Prater will be the final testnet to be merged before teh Ethereum Mainnets Merge.

As of now, here is the tentative timeline:

Polygon is set to Participate In Disney’s 2022 Accelerator Program

The Accelerator Program by Disney, is a business and development program designed to increase the growth of innovative companies around the globe.

Polygon will be participating in Disney’s 2022 Accelerator Program, which will see the project build on Polygon’s web3 technology. The accelerator program is set to start this week, and Polygon is one of only six projects that have been accepted into it. This year, the accelerator program will focus on augmented reality (AR), non-fungible tokens (NFTs), and artificial intelligence (AI)

They were the only blockchain network picked by Disney for the program.

We are excited to announce that Polygon has been chosen to be a part of the Disney Accelerator program 🎉https://t.co/hk6gZziy8X

MetaMask is a free web and mobile crypto wallet that allows users to store and swap cryptocurrencies, interact with the Ethereum blockchain ecosystem, and host decentralized applications (dApps). It is one of the most widely used crypto applications in the world.

As of now , Metamaks has surpassed over 30 million monthly active users.

To know more about Metamask's journey, have a follow-up in this blog.

Thank you for joining us on this journey. We wouldn't be here without you.

Ethereum's L2 scaling company StarkWare confirmed the rumors about the upcoming launch of the StarkNet token. The asset is aimed at enabling the project to operate a decentralized ecosystem and to create an effective mechanism to “direct its evolution”.

The company claims it has minted ten billion StarkNet tokens. As seen below, these tokens will have the following allocation: 32.9% for “Core Contributors”, 50.1% to be granted by StarkWare to the recently created StarkNet Foundation, and a 17% for StarkWare investors.

Some members of the crypto community disagreed with the token allocation claiming users and operators, allegedly two major components of the ecosystem, will not receive proper compensation. Many people in the crypto space are backlashing because most of the tokens go to insiders. 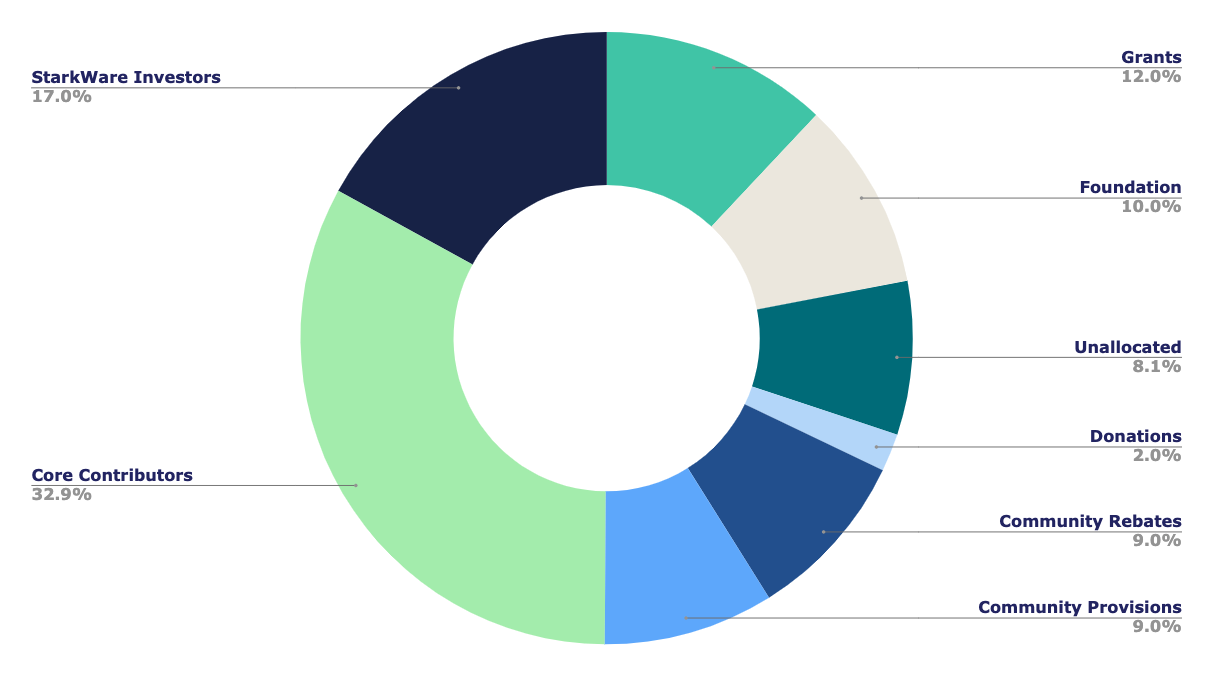 One of the biggest market place in the NFT space, OpenSea, as cut 20% of its workforce to reduce costs in the face of a prolonged slump in digital asset markets

Today is a hard day for OpenSea, as we’re letting go of ~20% of our team. Here’s the note I shared with our team earlier this morning: pic.twitter.com/E5k6gIegH7