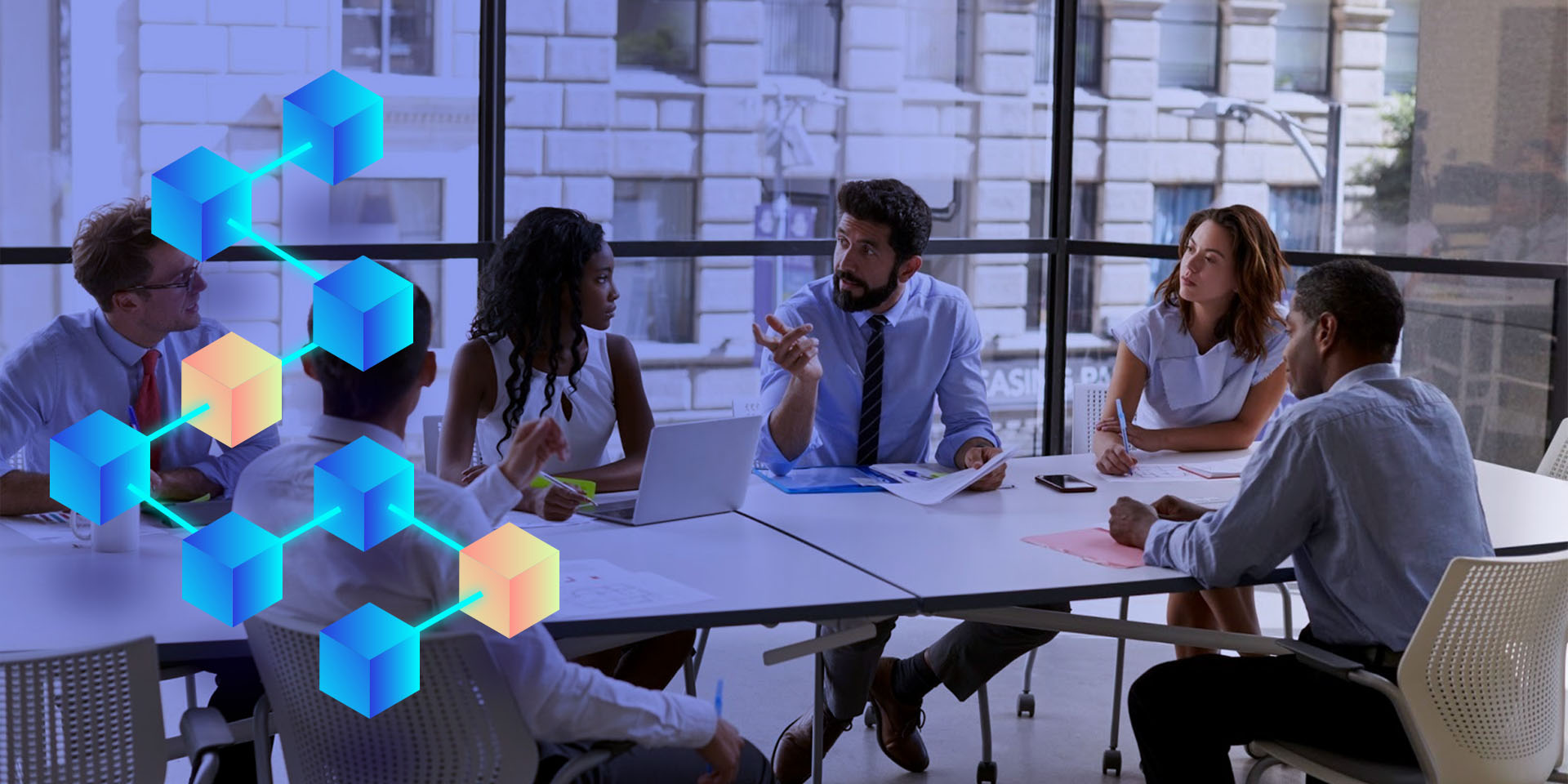 According to Statista, the blockchain technology is now mainstream; and, is expected to grow to a market size of $2312.5 million by the year 2021.

Blockchain technology impacts each and every industry, each and every business. However, its potential was firstly recognised by BFSI sector. Gradually, it is gaining momentum in other sectors too like healthcare, logistics and supply chain, education, etc. Irrespective of the industry, let’s talk about how can it cause major paradigm shift for small businesses and start-ups? The main concern of today’s financial institutions like banks, insurance companies and credit unions is to improve their customer experience, navigate their business by making educated data-driven decisions and be in the position to innovate swiftly with an application platform in place that enables them to make rapid changes.

The blockchain technology can bring positive impact for small businesses and start-ups. Its adoption offers a whole new level of transparency. The biggest area of operations that gets impact is transfer of money and payments system.

How will blockchain revolutionize payments for small businesses and Start-ups

The current payments infrastructure involves trusted intermediary entity. These trusted third party entities are sometimes vulnerable to malicious activity. There is a high risk of that trusted authority to perform a malicious activity in the payment infrastructure. This leads to loss of money on either side of the transactions and affects the payment ecosystem completely. Blockchain replaces such entities with a trust less network avoiding such entities to perform any kind of malicious activity. Blockchain provides a decentralized ledger which gives us the power to substitute intermediary trusted authorities. The system becomes more vulnerable if it has an intermediary which has a potential to carry out a malicious activity. These shortcomings were taken care of and several use cases of blockchain technology have emerged and have been emerging quite lately. Blockchain provides transparency, immutability and a secure ledger containing transactions.

Many big companies have started giving their support to this disruptive domain. Google and Amazon announced their support for blockchain on cloud recently. IBM has been working on a Blockchain project and is investing its resources to the fullest in the hyperledger blockchain.

Hitachi with IBM, Intel, VMware, Cisco, etc. are some of the reputed companies backing hyperledger a Linux Foundation project. Walmart is working on supply-chain in blockchain with IBM.

The hype around blockchain is real.

Most of the corporations have started blockchain units or blockchain research labs in their companies to get an upper edge over its competitor in this young and new domain.

Blockchain's main role is to revolutionize the payment scene.

Mastercard which runs one of the biggest payments systems is planning to have a blockchain based solution for B2B markets.

Blockchain provides some great advantages that act as a problem to the financial institutions which fail to provide security and transparency in the systems.

Almost every big company is either working on a blockchain project or is in research fully. It’s high time for small businesses to resort to the blockchain because there are no startups that are willing to afford not investing in the blockchain.

A Payment system on blockchain consists of substituting the intermediary parties by a network of the blockchain. A banking transaction may take 2-3 days by traditional means of banking while transactions in bitcoin take a couple of minutes or hours depending on the cryptographic load. The distributed ledger system works closely with recording and verifying of transactions on blockchain to make the process as quick as possible. For smaller payments, it’s not advisable to use bitcoin as it will take a lot of time for a small transaction and can make the process of transaction unfeasible. Bitcoin is working on the implementation on the lightning network which will increase the transaction speed by decreasing the load on the network by adding the final transactions between two entities and not each and every small and unimportant transactions on to the blockchain. Besides this, the rise of other Alternate cryptocurrencies with different consensus algorithms functions differently and some really make the process of transactions faster irrespective of the transactions sizes. Stable coins are also a new addition to the payment system which is being explored more due to its lack of volatility and scalability.

Across the border payments

Blockchain uses a decentralized ledger for storing the entire information of transactions. A consensus algorithm is met when a transaction is counted as valid and added to the blockchain. If two parties agree on a particular payment then that transaction is published and stored on the network. With everyone having a copy of the decentralized ledger, there cannot be any dispute or conflict as everyone in the network can see the transaction history and have a say in what actually happens. Here the data of the transaction history cannot be tampered with while in the traditional system in a situation of dispute or disagreement the intermediary tries to resolve the issue by making the whole system vulnerable.

Small businesses and start-ups in the initial phase or in the first run should be ready and open to different types of payments. The volatility of the cryptocurrencies may result into a problem for this, so either pricing a commodity in a cryptocurrency or use of stable coins can be done. Blockchain has initiated a global revolution in the tech space and any company irrespective of its size cannot afford to avoid this disruption.

In addition, there are innumerable ways blockchain technology can improve your small business or start-up. From a more secure way of tracking and managing data to enforcing contractual agreements via smart contracts, irrespective of the industry, the blockchain technology has a lot to offer.

Also, no other technology till date is as fast and cost-effective as the blockchain technology. Its adoption results in the elimination of cost of having financial institutions serving as middlemen.


Disclaimer: This is a guest post. Content provide here should NOT be viewed as an advice by EtherWorld. Readers are suggested to do their research before investing into any project. 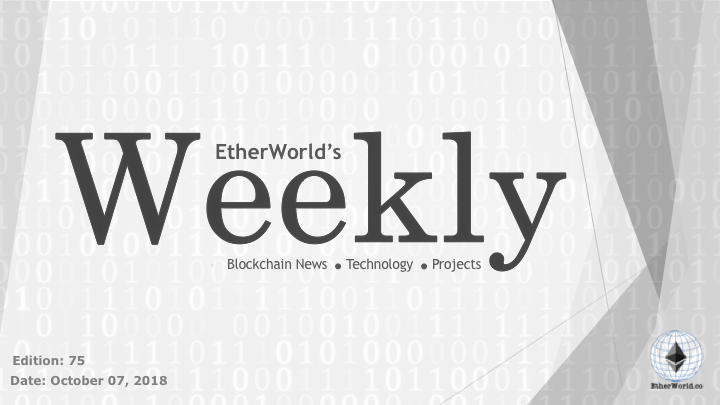 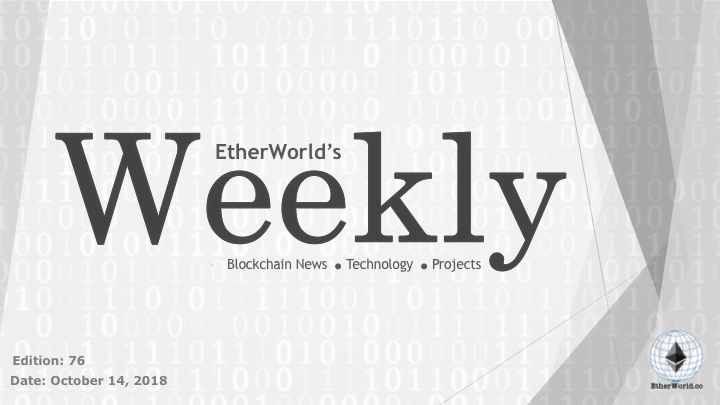