Cryptocurrency IOTA reaches all time high ($5.5) today, Dec 06, 2017. Reaching all time high is no big deal for a cryptocurrency in the present market, but sudden rise catches attention for sure. Almost every currency is at its peak. Bitcoin recently crossed $10,000, BTC highest value today is over $14,000 at the time of writing. Ether crossed $500 mark, Litecoin and Monero reached all time high. 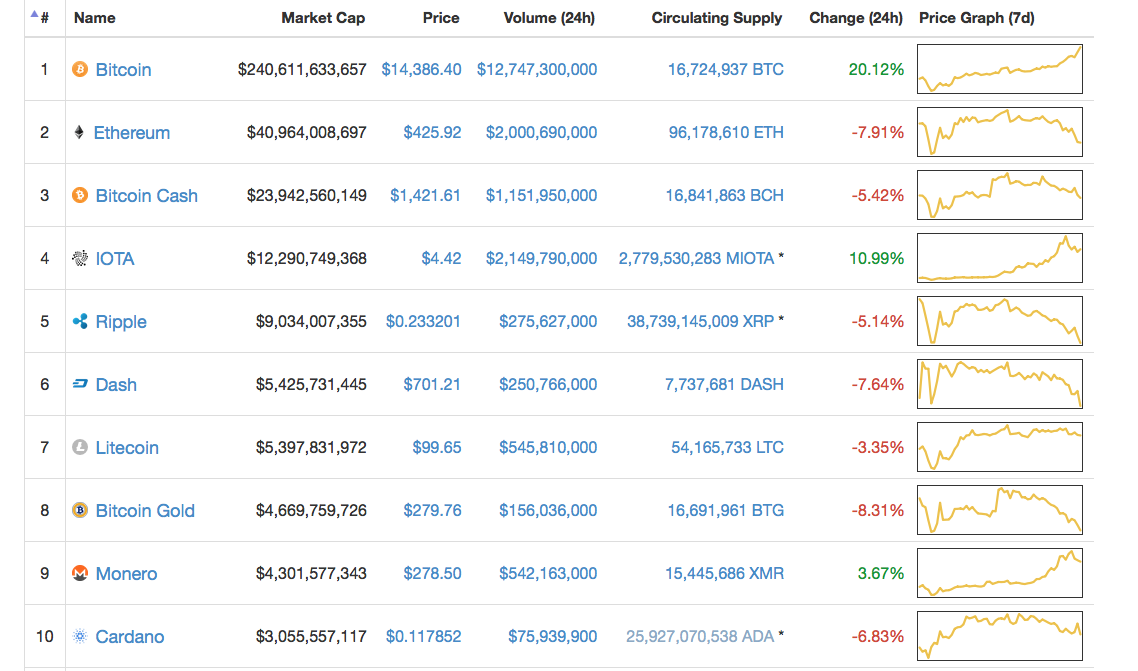 IOTA is now the fourth-largest digital asset by market capitalization, replacing Ripple. Price got pumped following an announcement by the IOTA Foundation, that it has several dozen world-leading entities like Accenture, Microsoft, Bosch and Fujitsu participating in a blockchain-based marketplace that lets them sell data. Joining hands with tech giants has sure provided the boost. In just a week's time price gain is about 300%. 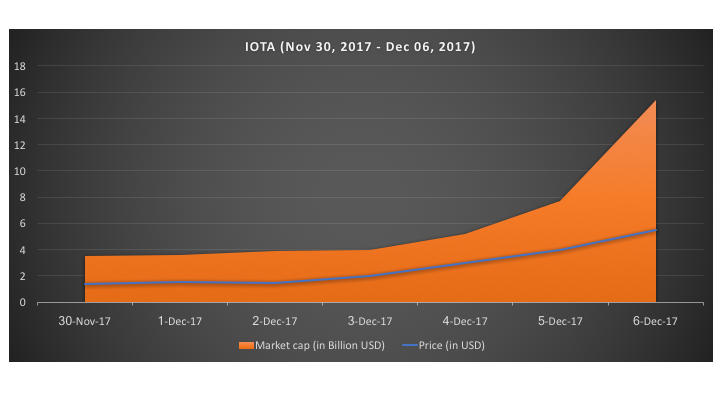 According to David Sønstebø, IOTA's co-founder and CEO, "Data is one of the most fundamental ingredients in the machine economy and the connected world. It is the foundation upon which the other strata of the Data — Information — Knowledge — Wisdom (DIKW) Pyramid are dependent." 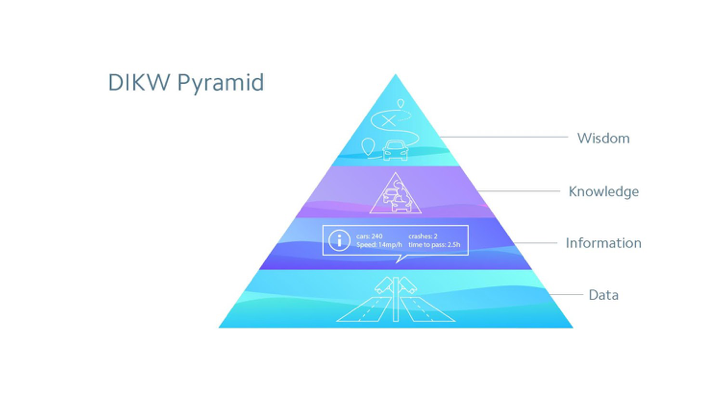 Without data nothing can be established about the world. In 2017 more data was generated than in the past 5000 years combined, and this will rise tenfold in less than a decade. We are truly living in the era of data.

David Sonstebo, said data is "the new oil", and that the marketplace project is letting firms sell data to incentivize them to share this data that would otherwise be wasted.

Data generation and saving is a pressing issue. We want data storage and transmission costs less over time, like almost free. But we understand, large quantities of data are extremely valuable and are not available for free. In order to achieve success in using Big Data, we need to break the gridlock created by this situation. Technologies at present have made it easier to share the data but we still end up paying big amount due to intermediary fees.

"At present, up to 99 percent of this precious data gathered is lost to the void," he told CNBC in an email. "IOTA incentivize sharing of data through its zero fee transactions and by ensuring data integrity for free on the decentralized distributed ledger."

IOTA is probably one of the most discussed cryptocurrency available today. Underlying technology for most of the cryptocurrency is blockchain technology, but not for this one. IOTA works with distributed ledger based architecture, the Tangle. It uses directed acyclic graphs (DAG) instead of a regular blockchain, enabling various features like zero-cost transactions, infinite scalability or offline transactions. It claims to overcome the inefficiencies of current blockchain designs and introduces a new way of reaching consensus in a decentralized peer-to-peer system of new transactional settlement and data integrity layer for the Internet of Things (IoT). It is is "blockless," and allows users to make transactions on the network for free. IOTA's open-source blockchain platform differs to mainstream blockchain networks which use encrypted "blocks" to record those transactions.

Since inception of its trading at Bitfinix starting June 13, 2017, IOTA surprised every one by hitting $1.5 Billion Market Cap and trading near 0.60 USD on the inauguration day. It was recorded under 10 top cryptocurrencies, a good start for newly listed currency.

IOTA was a little 'tangled' with the disclosure about Cryptographic vulnerabilities in IOTA by Neha Narula, Director, Digital Currency Initiative at the MIT Media Lab and subsequent news of IOTA's critical technical and social issues identified. Yet, with strong community support, it held the position of under top 10 digital currency and retained the market share. Last month it announced the registration of IOTA Foundation in Germany and from there it set for the sail. With the increase in transactions, IOTA Support surpassed 1 Million views today.

Voice your opinion: Which is making IOTA more popular - "The Tangle" or the "Internet of Thing" (IOT)? Do let us know your thoughts in the comment section below.