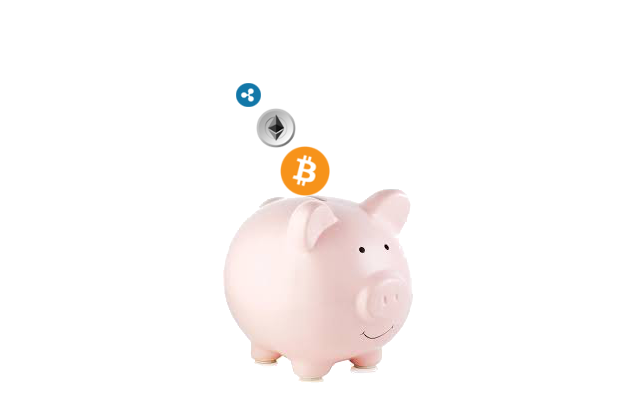 An introduction to cryptocurrency wallet.

What is a cryptocurrency wallet?

A cryptocurrency wallet creates public key and saves the private key for every cryptocurrency and provide the balance to the user. It may also refer to client software used to manage those keys and to make transactions on blockchain.

There are two main elements of a cryptocurrency wallet – Public Key and Private Key.

What is Public Key?

Public key cryptography  is an encryption system based on pairs of public and private keys and uses them to encrypt and decrypt data. The keys are simply large numbers that have been paired together but are not identical (asymmetric). Encryption strength is directly tied to key size and doubling key length delivers an exponential increase in strength, although it does impair performance.
Public key cryptography relies on algorithms for generating public/private key pairs such that it is computationally infeasible to determine a private key from a public key.
The primary advantage of public key cryptography is that it doesn't require a secure exchange of secrets to work. This is also known as 'Asymmetric cryptography'.

What is Private Key?

A private key is a tiny bit of code that is paired with a public key to set off algorithms for text encryption and decryption. It is created as part of public key cryptography during asymmetric-key encryption and used to decrypt and transform a message to a readable format with a matching public key.
As the term suggests, private keys are intended to be secret, and is shared only with the key's initiator, ensuring security. A private key is used to access the address of the cryptocurrency to carry out any transaction.

Private-key cryptography, employs a single common key, possessed by those on both sides of the transaction, to both lock and unlock a message. Private keys are generally smaller, meaning they contain less bits of information, and as a result compute more quickly than do public keys. Because private-key cryptography involves a series of one-to-one transactions, the concern over secrecy is paramount. That also means they are more vulnerable to attack than are public keys. This is also known as 'Symmetric encryption'.

Encryption is the scrambling of text-based messages into unrecognizable code via a complex mathematical algorithm. Only those with the correct "key" are able to encrypt or decrypt such a message in a given cryptographic system. The key is a set of specific parameters, based on the algorithmic encryption formula, that act to lock and unlock the coded information. The formula typically consists of a long string of bits, sometimes more than 200 digits long. The more digits involved and the more complicated the algorithmic equation used to generate the code, the more difficult the hacker's job in breaking it.

Different types of cryptocurrency wallets simply provides various ways to secure the private key. Depending on the type of storage of private key, they can be divided into two major category -

You can select your choice of wallet depending on the features & security provided by them.

Desktop wallet is an online software wallet, an app that connects directly to a coin’s client. It is simply hosted on user's computer instead of a company’s servers with complete control over the wallet. Desktop wallets enable the user to create a coin's address for sending and receiving the digital currency. They also allow the user to store their private key. It means the security of the asset in the desktop wallet is directly dependent on the security of user's desktop. Your Private key can be exposed to hacker if he is successful in infecting your computer by any malware such as keylogger. So, if anyone chooses to have a desktop wallet, selection of smart password is not the only thing needed to taken care of but user also needs to follow standard best practices for network and computer security. It can be considered safer than Exchange Wallet, if user follows proper measure of security.

A desktop wallet is often backed by blockchain client. It allows to interact with the blockchain without the need to download the blockchain or install any software (because it has a full copy of the blockchain and runs as a node on the related blockchain network), as well as store your currency.

A mobile wallet is just like a desktop wallet, except it’s available as an app on your phone which provides more flexibility. Some people like the convenience of having access to their cryptocurrency in their pocket as they can use it on the go. Once you run the app on your smartphone, the wallet can carry out the same functions as a desktop wallet, and help you pay directly from your mobile from anywhere. It facilitates in making payments in physical stores by using "touch-and-pay" via NFC (Near Field Communications) scanning a QR code to send cryptocurrency to any merchant who accepts that form of payment. Jaxx Wallet is a popular example of a mobile wallet app, available for both iPhone and Android devices. Blockchain, Hive and Mycelium Bitcoin Wallet are few other mobile wallets.

In the future, as more merchants begin to accept virtual currency, this type of wallet will likely grow in popularity.

Web wallet is an online software wallet (no need to download app) where data is hosted on a real or virtual server. It is the easiest type of wallet to use but in some cases like exchange wallet, it is also considered the least secure because you don’t control the private keys. In web wallet like MyEtherWallet (MEW), you can create the wallet, generate public and private key and secure the private key in offline mode. MEW doesn’t hold your cryptocurrency.

It is a type of web wallet created at digital exchange for trading (buy and sell) digital currency. eg. Poloniex, Bitthumb, Bitfinix, Gemini etc. If you are new or wants to buy cryptocurrency through fiat currency, then you must have an exchange wallet which can hold both digital and fiat currency. It allows you to trade and store value all in one place, without having to deal with public and private keys. e.g., Coinbase, Kraken etc. They can do the transactions just with their login and password. This is the least preferred way of storage of digital asset because a user doesn't own the private key of his wallet and that exchange wallets are the easiest target for hackers. The selection of your exchange wallet must be done carefully since it stores your private keys online. It's always better to transfer the digital assets (if you're planning to hold for long), to some other wallet where you can control the private key.

As the name suggests, Paper wallet means a wallet in a piece of paper. It is a document containing all of the data necessary to generate any number of private keys, forming a wallet of keys. If you want to buy Bitcoin using fiat currency from Bitcoin ATM, it would print out a receipt with QR codes on it (one of which represents your private key). This is your paper wallet.

It is intended to be hack-proof, yet aren’t the most reliable method of storage. A paper wallet is a low-tech approach as doesn't have any circuitry at all. Sending a transaction from a paper wallet requires either scanning the QR code (if you have one) or manually entering the addresses by hand, which is considered very risky. Any mistake could send your currency to an invalid address where it becomes stuck for eternity, effectively burned and removed from the network, or to some wrong person or address.

Hardware wallet generally looks like USB stick, hold private keys electronically and facilitate payments. It is made of smart cards. It is capable of generating a proper address all by itself. Hardware wallet is equivalent of using an old laptop without an internet connection to run the algorithms that generate public-private key pairs. In simple terms. a hardware wallet is a high-tech device that connects to computer via a USB port or a self-generated QR code. It is incredibly secure since no one can install key-logging malware on it or even see what you’re doing without physically being next to you. When private keys are generated on the device and they never leave the device, there’s no way for those keys to be compromised unless the device is lost, stolen, or damaged. A destroyed hardware wallet could be recovered. The number of hardware wallets is currently very limited. eg. Ledger Nano S and Trezor.

A lot of options are available to trade, store and secure cryptocurrency. You need to do your own research to ensure that wallet you're interested in is legitimate and fulfills your requirements. A better solution could be a combination of both hot (for instant trade) and cold (for future usage) wallet. An ideal cryptocurrency wallet will depend on user specific needs. 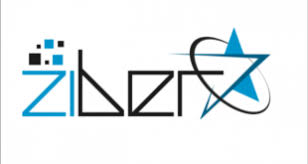 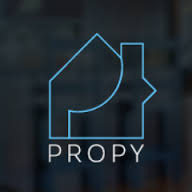