"Transient Storage is already conceptually in the EVM. It is more than a gas optimization. It makes feasible new patterns for smart contracts that are much easier to work with, and many future protocols will adopt these patterns."

In the latest Ethereum All Core Devs Meeting #151, Core Developers have decided to omit EIP-1153: Transient Storage Opcodes from Shanghai Upgrade. EIP-1153 was pushed by Uniswap and Optimism Teams, but developers decided to push Withdrawals with EOF EIPs in the Shanghai upgrade. In this article, we will get an overview of Transient Storage and why it is important.

What is Transient Storage?

Transient Storage = taking an empty storage slot, writing a value to it, and clearing it in the same transaction, so we don’t need to write anything to disk.

It is a new writable data location that is persistent for the duration of a transaction. Because the blockchain doesn’t have to store transient data after the transaction, nodes don’t have to use the disk, making it much less expensive than storage.

In this section, we will look at some use cases of transient storage.

Now, the next question arises if transient storage is a exists, then why do we need EIP-1153.

EIP-1153 introduces transient storage to Ethereum, which allows storage to be used only for the duration of a transaction. This EIP was proposed by Alexey Akhunov and Moody Salem on 15th June 2018.

In addition, it introduces two new opcodes that work the same as storage, except they can have much lower gas prices and no complex refund logic because they do not require reading or writing to the state trie, which are the most expensive operations a node can do.

Transient storage is closer to the machine state than the persistent storage region. 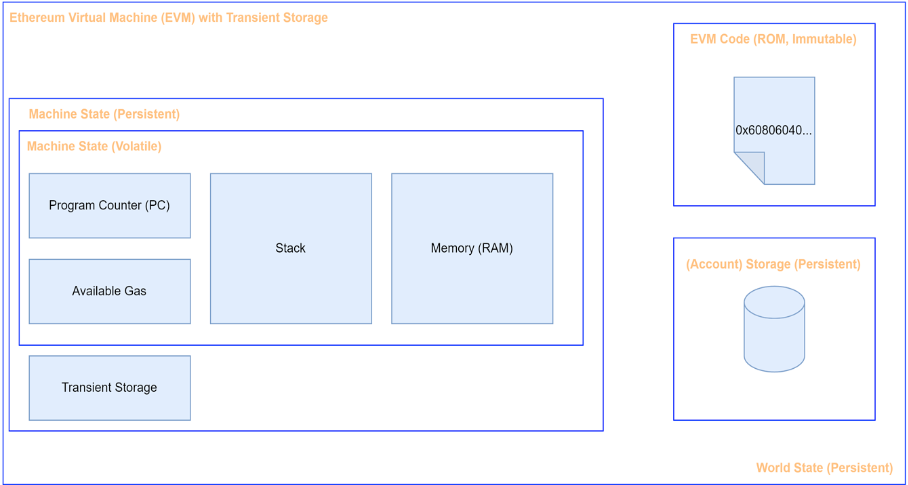 Transient Storage is already implemented in 3/5 EL clients with pending PRs on 2/5. As per ACD Call #151, EIP-4844 is considered the next upgrade's main feature after the Shanghai upgrade, with EIP-1153 and EIP-2537, are considered for inclusion. Developers have also built a comprehensive test suite. According to Hayden Adams, developers have completed all the possible work to support this EIP.

MobyMask: An Initiative to Eliminate Phishers