November 28, 2017 will be registered as a landmark in the history of digital currency as Bitcoin (BTC), the most popular cryptocurrency has broken all records and is valued over 10,000 USD per unit. If compared with the stock price of some of the highly reputed mainstream financial institution like JP Morgan Chase, Goldman Sachs, Wells Fargo, Bank of America etc., it's valuation today is way more than any of them.

Now that cryptocurrency news is a part of mainstream news, it witnessed a lot of discussion over the rising price of cryptocurrency specially Bitcoin. We heard different opinions from big shots, some in favor and some referred it as bubble. CNBC reported in September, JPMorgan Chase Chairman and CEO Jamie Dimon said bitcoin is a "fraud" that "won't end well." "If you're stupid enough to buy [bitcoin], you'll pay the price for it one day," added Dimon. 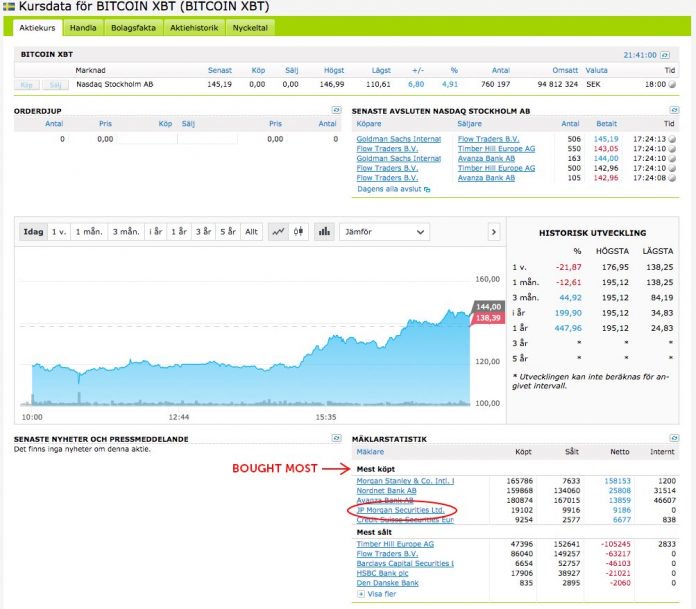 On the other side of the aisle, there are strong believers in cryptocurrency, who predicted long back that Bitcoin is here to stay. In September 2014, in an interview with Fox Business, Tim Draper claimed Bitcoin would hit $10,000 USD in three years, and here we are today! Bitcoin was worth $413 USD at the time of the interview.

Bitcoin has seen a lot of up moment and a few crashes since its inception in 2009. Today, despite all odds it is soaring above $10,000. This is remarkable for any new technology to achieve. Just yesterday, Bitcoin reported the Market Cap of $163B, equivalent to MasterCard, an American multinational financial services corporation. If we look into the growth chart (March 2017 - November 2017) of both Bitcoin (BTC) and MasterCard (MA), it will amaze us. 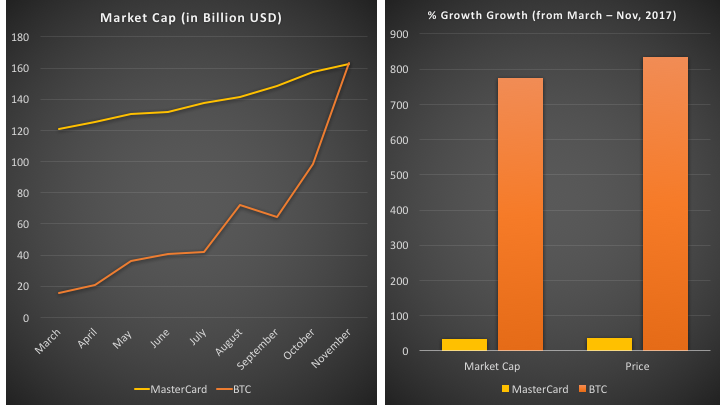 In March 2017, per share price of MA and BTC was $112 and $1046 respectively whereas yesterday ( Nov 27, 2017) they reported $153 for MA and $9763 for BTC. If we compare their growth during the period, the price as well as market cap of Bitcoin is significantly high and thus growth of Master Card looks dwarf. It clearly states that user trusted crypto more than fiat currency at least for investment purpose.

Well, as per my opinion, one of the key component for the success and failure of a stock is market sentiments which is obviously supporting crypto at the moment. So, let every cryptocurrency investor have their celebration and we will bring the latest news and market updates for you. Let us know your view about Bitcoin - Is it here to stay or will the bubble burst? Please leave your comments below.

Also read: Bitflyer, the world's largest Bitcoin exchange from Japan has officially landed in the US.