bitFlyer, the world's largest Bitcoin exchange from Japan has officially landed in the US with BitLicense' from regulators in New York.

Bitflyer, the world's largest Bitcoin exchange from Japan has officially landed in the US. In an announcement made today, November 28, 2017 at Consensus Invest in New York, they revealed that it had been granted a 'BitLicense' from regulators in New York. Other exchanges granted with a "BitLicense by New York's Department of Financial Services (NYFS) are Coinbase, Circle and Ripple. 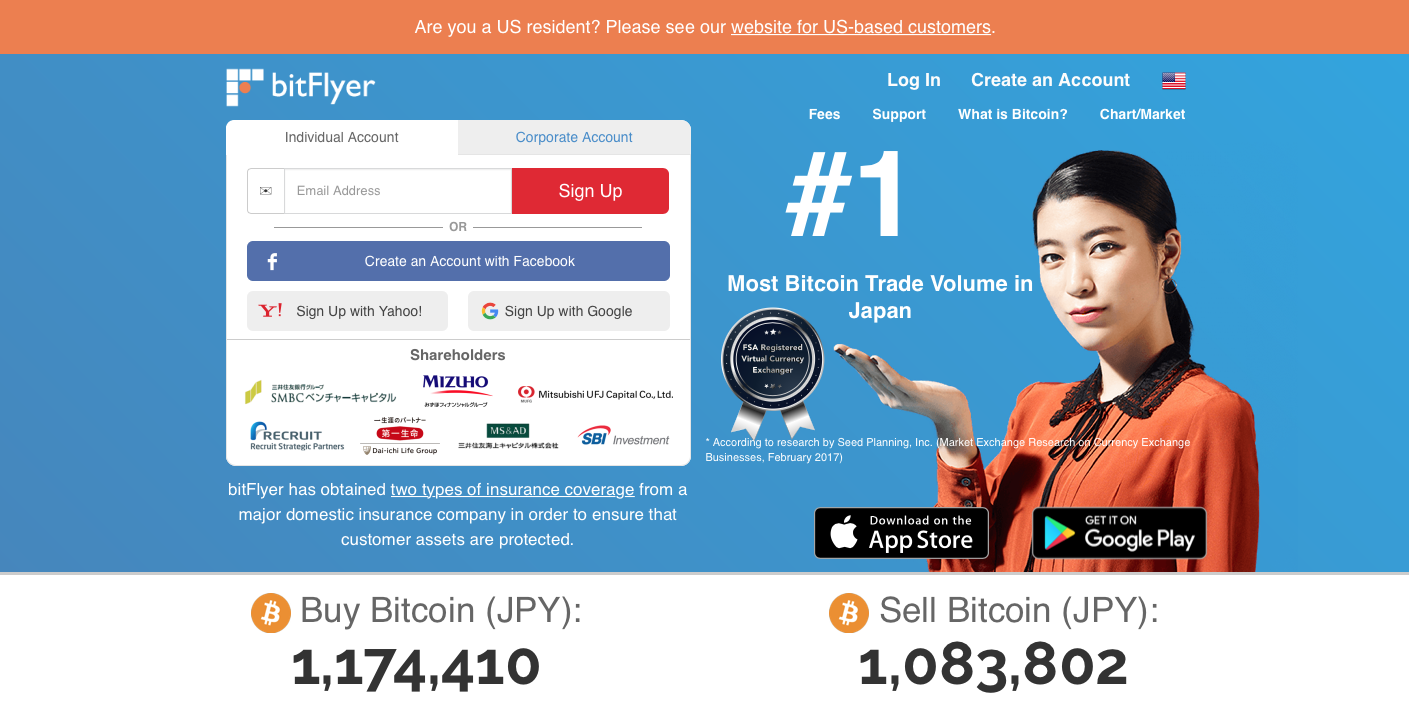 bitFlyer has highest trade volume in Japan with $100 billion+ global transaction volume in 2017 YTD. Built by Wall Street veterans, bitFlyer has become a dominant global marketplace for virtual currencies. This is a good news for Bitcoin lover with BTC currently priced at $9,934.22 at the exchange. Now that they got world's best exchange to trade in, they have more opportunities for trading and the dominance of Coinbase in the US may also be challenged.