One of the biggest grants of Ethereum ecosystem, the Gitcoin Grant recently concluded the CLR round 6 with $175000 in matching.

What is Gitcoin Grant?

Gitcoin Grant introduced in Jan 2019 with EIP 1337 standards, are funds that are recurring for open source work that help raise money through the supporters of the ecosystem, big or small by using the blockchain. Gitcoin grants allow you to generate cash flow consistently to support the great work that people are already doing.

​
Gitcoin plans on running planned 4 CLR rounds with at least quarterly rounds in 2020. They hope that these rounds that are scheduled regularly will help grantees use these funds not only as additional donations but as a strong source of funding for their operations in the Ethereum community. The draft schedule is below:​

Their aim for this period is to allocate at least 1.5 million to infrastructure (Ethereum) during this time.

The Gitcoin round 6 with $175,000 matching ended Friday, July 3rd. The community understands the importance of contribution and the results emerge in a relatively predictable pattern.

Round 6 of the Gitcoin CLR received an outstanding participation of community with admission of 'EIP-1559 Community Fund' just a few days before the closing of the round. 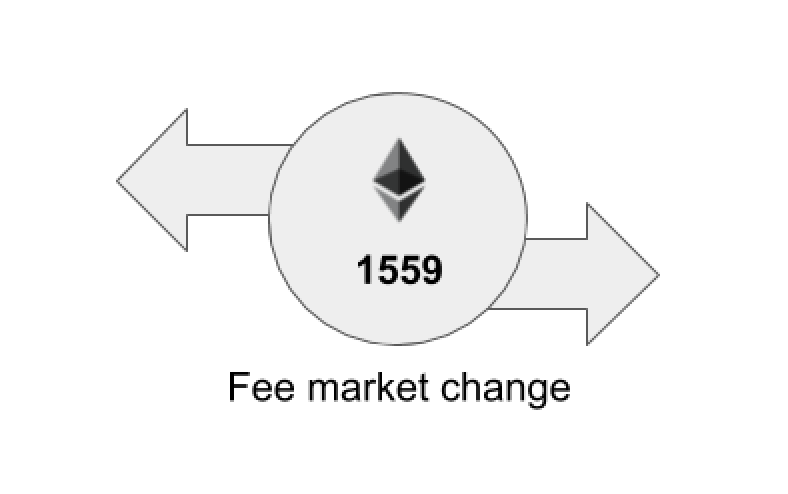 This grant is created to support the research and development of blockspace & fee market improvements for Ethereum, in particular of EIP-1559 and other proposals that have been made to improve the transaction experience on Ethereum.

Other top fund raising projects are:

Gitcoin Grants Round 5 raised a total of $492K amongst Ethereum tech, Ethereum media and COVID projects. It was the largest round ever, accounting for almost half of the $1.2MM that was raised in the previous year. It concluded with $250,000 of matching split between tech, media, and the new (non-Ethereum-centric) category of "public health". 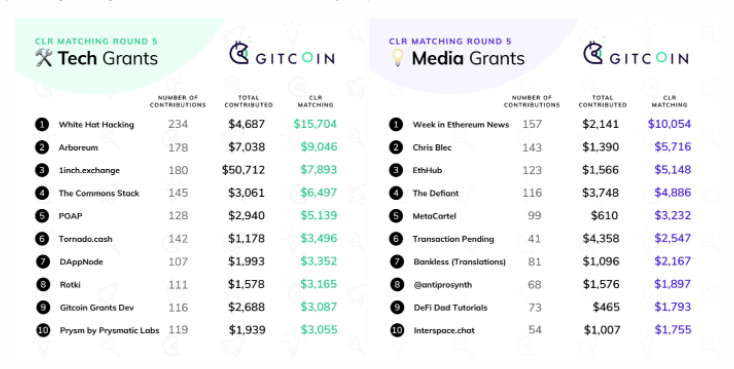 Week in Ethereum had the highest total amount received in round 4 and 5. EthHub and Bankless were also near the top in both the rounds.

The Gitcoin Grant Round 4 was open from January 6th, 2020 till January 21st, 2020 and was allocated between two pools to direct the match, contributions of any preferable size or amount made during these two weeks.

It uses the Liberal Radicalism mechanism for quadratic funding which is where the sum of radicals of donations made to a project to define its match to allocate the $200K matching pool(s).

​
The biggest advantage of Gitcoin bounties is that it’s a try-before-you-buy way of hiring and can be started with small bounties, discrete tasks, and move on to tasks that need more situational awareness. The more the trust increases between a coder and a funder, the more advanced tasks are delegated. They also have a product called Code Fund that allows software developers with an audience to place advertisements on web properties. CLR can be defined as the mathematically optimal to fund public goods that the community cares about. Based on CLR, Gitcoin will equal contributions to open source software, like example, ETH 2.0 and ETH 1X. The CLR matching algorithm makes sure that projects that have a vast and huge base of support are funded, rather than those with just whales assisting them.​
​

​
Gitcoin is moving from an industrial economy to an information economy. Gitcoin is excited about this new category they named as dynamic workforce assembly (DWA) which is a gradient between small tasks to part-time contracts, to being-full time. The other trend with the future of work is Nested Capitalism which is nothing but: Instead of viewing an organization as a large monolith, viewing it as a network. To see how the Gitcoin Grant network grows stronger and bigger in the coming years.